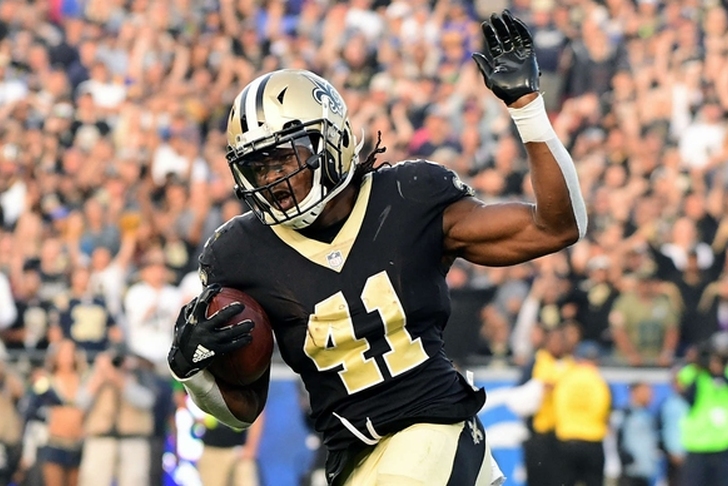 Considering how this season has plagued the NFL and fantasy football players with injuries, the return - or possible return - of any star player has taken on even more of a significance. If you have any Fantasy Football questions about the players below, hit me up on Twitter @MitchellRenz365. Here are the three injury updates you need to know going into Week 15.

Alvin Kamara Good To Go
New Orleans Saints running back, Alvin Kamara was concussed early in Thursday night's loss to the Atlanta Falcons but returned to a full practice on Wednesday and should be ready to roll Sunday against the New York Jets, according to ESPN's Adam Schefter.

Adrian Peterson Done For The Season?
As expected, Peterson doesn't have a timetable to return from the neck injury that has kept him out the last two weeks. Instead of this being a week-to-week injury, there's a chance he could be done in 2017. Arizona Cardinals head coach Bruce Arians said today he has "no idea" if Adrian Peterson will play again this season.

Cardinals’ HC Bruce Arians said he has “no idea” if RB Adrian Peterson will recover from his neck injury to play again this season. Doesn’t sound encouraging.

Peterson turns 33 in March, and there wasn't a hot market for his services last offseason. Kerwynn Williams will continue to see the majority of carries for the Cardinals. Over the last two games, Williams has 36 carries for 170 yards.

Latest On Giovani Bernard
Even though the Bengals lost 33-7 to the Chicago Bears last week, it didn't impact running back Giovani Bernard's performance, as he had 11 carries for 62 yards plus six receptions for 68 yards. That heavy workload may have been too much for Bernard, who was a limited participant in practice on Wednesday.

#Bengals injury report. It’s getting close to where you should just list who is healthy. pic.twitter.com/Sik4iJb0DS

This may simply be a rest day for Bernard considering he played in 85 percent of the team's snaps last week. With Joe Mixon still in the concussion protocol, Bernard - if healthy - will likely see another heavy workload.