NFL Hot Seat: 5 Head Coaches Who Could Be Fired After This Season 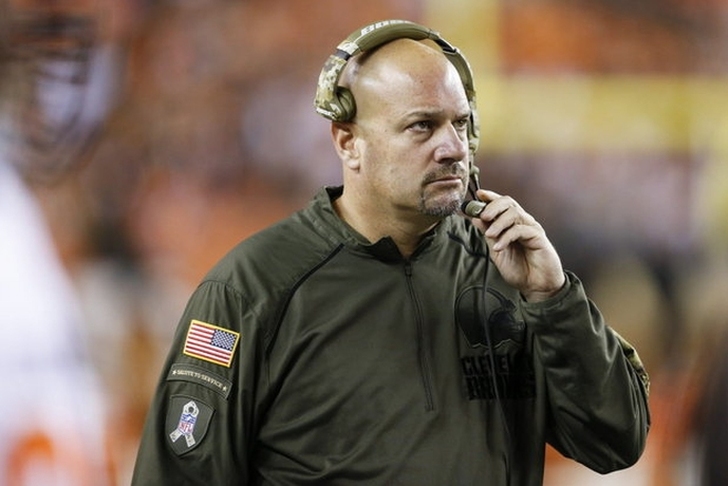 Being an NFL head coach is not an easy job. It's what makes coaches like Bill Belichick so great; being a good NFL coach is hard  - just ask Joe Philbin, who has already been fired by the Miami Dolphins, or Ken Whisenhunt, who was just fired by the Tennessee Titans.

Several other NFL head coaches have had terrible starts to their seasons and may meet a similar fate as their poor efforts so far could cost them their job, Here are the five NFL coaches most likely to be fired after (or during) this season: The Jaguars are a young team, but a 2-6 start is not good enough in Bradley's third year with the team. This was never going to be a quick fix, but changes have to come at some point. Winning Sunday against the Bills is a start, but if Bradley's team can't continue to show some improvement soon, it could cost Bradley his job. Gruden's handling of Robert Griffin III alone would be enough to make this list. He's thrown Griffin under the bus numerous times, which is something a head coach should never do. He's staked his future on Kirk Cousins, which has not - and will not - pay off. The Redskins are somehow 3-5 and still in the mix in the NFC East with wins over the Rams, Eagles, and Bucs (none of whom have a winning record), but it's starting to look more like they're going collapse down the stretch and fire Gruden at the end of the season. Mike Pettine's seat is growing hotter with each loss, and with the Browns posting a dreadful 2-7 on the season thanks to some questionable coaching decisions, his job is squarely on the line. Pettine is now 9-16 as Browns head coach and patience is already starting to wear thin with him - and Cleveland may be looking for a new head man if they don't turn things around this year.

Rumors have it that they're already peeking at Ohio State head coach Urban Meyer and are planning to throw a lot of money at him this offseason.

Part of the blame belongs to offensive coordinator Joe Lombardi, who had done a terrible job this season and is now out of work, but the buck stops with the head coach. The Lions had playoff expectations this season, but Caldwell's team was the last one in the league to pick up a victory and only has one win this season, putting them as the worst team in the league.