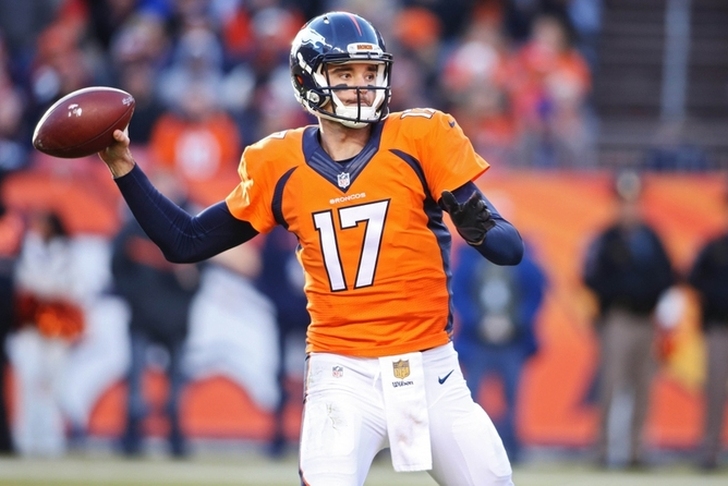 The start of NFL free agency is only a few days away, kicking off when the new league year starts on March 9th. In the days leading up to the start of free agency, teams are allowed to contact and enter contract discussions with pending free agents from any team. However, a new contract can't be signed until 4 p.m. ET on March 9th. Check out all the latest news and rumors below.

Broncos offer Osweiler three-year, $45 million deal
The Denver Broncos know they have to lock up quarterback Brock Osweiler with the news of Peyton Manning's retirement and the team is working to do that, offering him a three-year deal worth at least $45 million.

Mike Kils of 9News in Denver reports the deal is worth $45 million and includes incentives. Kils does not say how much guaranteed money is in the deal.

Osweiler started seven games last season for the Broncos and showed enough promise that he'll be a starting QB somewhere next year. If it's not the Broncos, then a team like the Cleveland Browns or Houston Texans could sign him. The only other QB on the Broncos roster at the moment is Trevor Siemian. He was a seventh round pick out of Northwestern last season is a far from ready to be a starting QB.

DE Charles Johnson visits Giants
The New York Giants are looking to upgrade their defensive line with both starting defensive ends (Jason Pierre-Paul, Robert Ayers) set to hit the free agency market, and they've targeted former Panthers defensive end Charles Johnson as someone they want to bring in for a visit.

I'm told former #Panthers DE Charles Johnson is traveling Sunday for a visit with the #Giants.

Johnson was cut by Carolina following a one-sack season in 2015, a move that saved the Panthers $15 million. New York won't have to spend anywhere near that kind of money to bring Johnson on board. He had 32 total sacks from 2012-2014.

WR Anquan Boldin only looking to sign with a contender
Wide receiver Anquan Boldin is a free agent after playing three seasons with the San Francisco 49ers, but he will not be returning to the team. According to NFL Network's Rand Getlin, Boldin is only interested in signing with a Super Bowl contender.

As free agency approaches I'm told #49ers WR Anquan Boldin wants to play for a team that can compete at the highest level. Important to him.

The Carolina Panthers and New England Patriots figure to be the two top teams in the lead for his services because of their needs at receiver.

Laurinaitis had 109 tackles with one interception and one forced fumble last season.