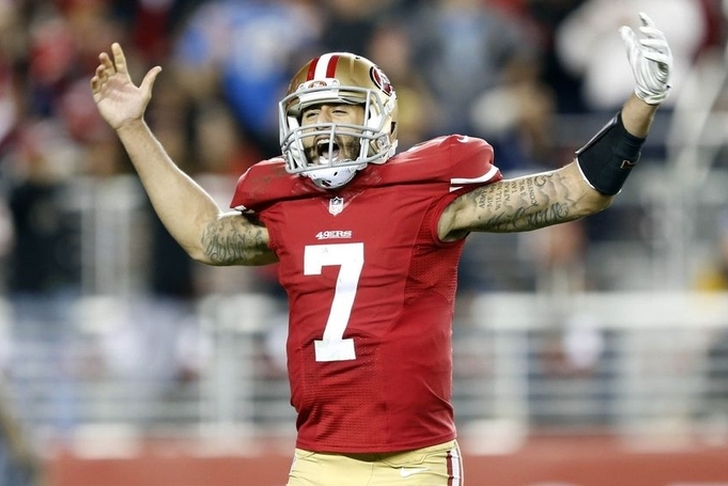 NFL free agency is here. Free agency started 4 p.m. ET Wednesday, and a flurry of moves came before and after the official start. While many of the big name players are already off the market, several talented players have yet to sign, so there are still plenty of opportunities for teams to upgrade their rosters. Check out the latest and greatest of those NFL free agency rumors and news below.

Browns will to trade third-round pick if Kaepernick will take pay cut
News broke yesterday that San Francisco 49ers quarterback Colin Kaepernick wanted to be traded to the Cleveland Browns to play for new head coach Hue Jackson, and the two sides have since been talking about a deal. Cleveland.com's Mary Kay Cabot details the talks:

The Browns are willing to give up their third-round pick for 49ers quarterback Colin Kaepernick, but the trade is contingent on restructuring Kaepernick's $19 million a year contract, sources told cleveland.com.

The 49ers actually want a second-round pick, but might be willing to take the Browns' third considering it's the second pick in that round, No. 65 overall. What's more, Kaepernick wants out, and the Broncos, who were the frontrunners in the sweepstakes on Thursday, are also reluctant to part with a high pick.

Cowboys aren't interested in Manziel
The Browns officially released quarterback Johnny Manziel yesterday, and while there was some feeling during the season that there was mutual interest between him and the Cowboys, there seems to be no chance of him playing for Dallas this season. Via the Dallas Morning News' David Moore.

The Cowboys have been given a second chance to take Johnny Manziel.

A source said the club has no intention of bringing the former Heisman Trophy winner in for a visit or signing him now that he's been released by Cleveland. That same source said the Cowboys won't pursue the quarterback and doesn't forsee the club having any serious discussions about him, "until he gets his life back in order.''

Eric Weddle not rushing free agency decision
Chargers safety Eric Weddle is one of the biggest remaining free agents available, but that may not happen anytime soon. According to CBS Sports' Jason La Canfora, Weddle doesn't want to rush into making a decision.

Weddle is considering the Panthers, Patriots, Steelers, and Raiders.