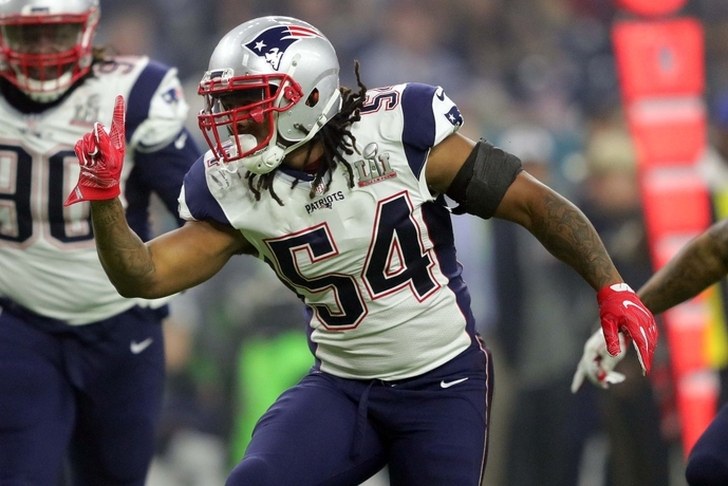 Hightower had 65 tackles with one forced fumble and 2.5 sacks last season.

The Browns aren't expected to make a run at Redskins quarterback Kirk Cousins, but three other teams have over the past 10 days or so and were immediately turned down, a league source told cleveland.com. ...

But that's not expected to happen because of the high compensation it would take to get Cousins, and because of the high salary he would command. The Browns would likely have to give up their No. 12 pick this year and most likely at least a first-rounder next year.

In addition, they'd probably have to make any deal contingent upon a multi-year extension, because they wouldn't want to give up all those draft assets to rent Cousins for one year at $23.94 million, the franchise tender he signed on Friday.

Cousins has reportedly asked Washington for a trade because of his unhappiness with the front office, particularly with team president Bruce Allen, but owner Dan Snyder told Cousins not to expect to be traded.

Cousins has spent the last two season as Washington's starting quarterback, and set new franchise records for passing yards each year. In 2016, Cousins passed for 4,917 yards with 25 touchdowns and 12 interceptions.

Bold draft-weekend trade possibility: Jeremy Hill to the Eagles (or maybe the Patriots?) for a late-round pick (after CIN drafts a back)

Bengals actually need some LB help, too, so Kendricks/Hill-based deal could be something to watch for.

Hill ran for 839 yards and nine touchdowns on 222 carries for the Cincinnati Bengals last season.

Follow our NFL news page for all the latest NFL free agency rumors!