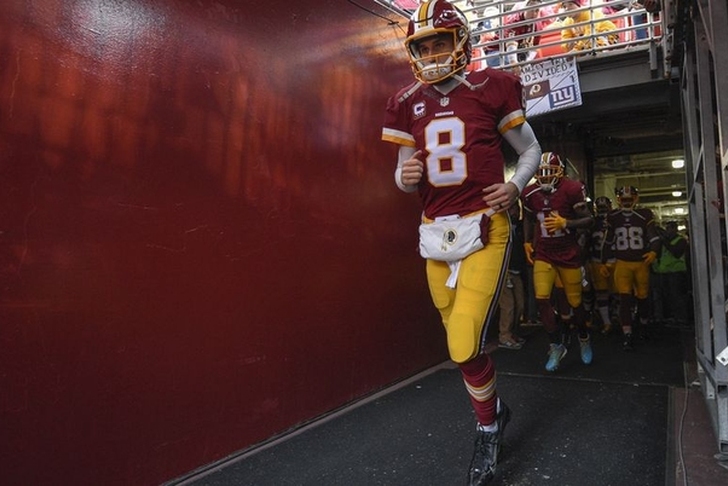 NFL free agency officially starts today at 4:00 pm ET (the start of the new league year), but teams have been taking advantage of the two-day free agency negotiating window that opened on Tuesday. Several players have already agreed to contracts with new teams during that window, while many others are still available. Here is all the latest news & rumors you need to know:

Cousins wants out of Washington
Washington's front office upheaval that has resulted in the ousting of general manager Scot McCloughan may have actual on-field effects. According to multiple reports, quarterback Kirk Cousins wants to be traded because of the discord in the front office, with the San Francisco 49ers being his preferred destination.

The 49ers and Redskins have reportedly already had talks about a possible Cousins trade, but several things - including Redskins owner Dan Snyder's distain for new 49ers head coach Kyle Shanahan, who he fired in 2013 - have kept it from happening.

Report: Romo will sign with Broncos
The Cowboys will release quarterback Tony Romo today with several teams figuring to be bidding on his services. The Denver Broncos are currently the favorite to land him, and that is where Romo will eventually sign, according to Vic Lombardi via ProFootballTalk:

Appearing on Thursday’s PFT Live, Vic Lombardi of Altitude Sports Network predicted that Romo will end up in Denver — but only after G.M. John Elway plays a “slow dance” that culminates in a deal that works for the Broncos.

“Ultimately he’ll become a Denver Bronco,” Lombardi said. “They’ll hit him with an incentive-laden contract. They’ll give him enough now to make it worth his while. And if he stay’s healthy and he’s playing games, he’ll make it up.”

Patriots to sign Gilmore, trading Butler to Saints for Cooks?
New England will sign cornerback Stephon Gilmore to a five-year deal, giving them another top-tier cornerback. However, the Gilmore signing may allow them to trade away Super Bowl hero Malcolm Butler. According to ESPN's Dianna Russini, the Patriots are considering trading Butler to the Saints for wide receiver Brandin Cooks.

New England had previously offered a package centered around the No. 32 overall pick in the draft for Cooks, but New Orleans turned that offer down. The Saints are looking to upgrade their secondary and are very interested in Butler, who may now be expendable with Gilmore on the roster.

Latest signings
Gilmore going to the Patriots is one of a handful of notable deals that have been agreed to this morning. Here are all the latest:

- WR Torrey Smith has signed a three-year, $15 million deal with the Philadelphia Eagles.

- QB Mike Glennon will sign a three-year, $45 million deal with the Chicago Bears.

- WR DeSean Jackson will sign with the Tampa Bay Buccaneers.

- LB Nick Perry is re-signing with the Green Bay Packers on a five-year deal.

- The Cleveland Browns will sign WR Kenny Britt to a four-year, $32.5 million deal.