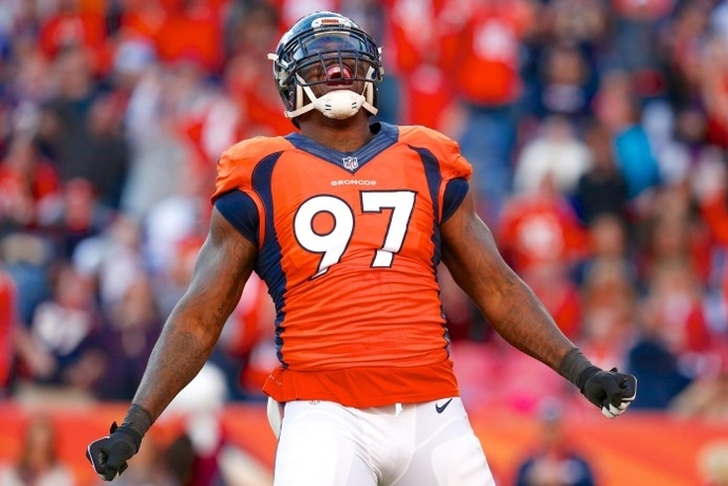 Though the new league year doesn't officially start until 4 pm ET on March 9th, NFL free agency essentially started yesterday with th legal tampering period beginning on Monday. Teams are now allowed to enter contract negotiations with players from any team, although a new contract can't be signed until the new league year starts. With free agency here, expect a flurry of rumors in the coming days. Check out the latest NFL free agency rumors and news below.

Malik Jackson to join Jaguars
Former Denver Broncos defensive end Malik Jackson is finalizing a deal with the Jacksonville Jaguars that would make him the fourth-highest paid defensive lineman in the NFL, reports 9News's Mike Klis. Jacksonville out-bid the Raiders, Bears, and Broncos for his services.

Per a source with knowledge of the situation, the Dolphins are the clear front-runners to sign Williams. There’s currently a push to get a deal done Tuesday.

If the Dolphins sign Williams, they either will be moving on from Cameron Wake or making no effort to match an offer sheet signed by Olivier Vernon. The Dolphins possibly (key word: possibly) could even rescind the transition tender, if they sign Williams.

Williams, the No. 1 overall pick in the 2006 draft, had just 19 tackles and five sacks in 15 games for the Bills last season.

Denver offered Osweiler a three-year deal worth $45 million, but he wants to see what he can get on the open market, and the Texans are the team that is purusing him the hardest.

Dolphins won't re-sign Lamar Miller
The Dolphins have decided to let starting running back Lamar Miller hit the open market and do not plan to re-sign him, according to the South Florida Sun-Sentinel's Omar Kelly, after the two sides could not agree to a contract. Miller is asking for about $8 million per year, while the Dolphins were only offering $5-6 million. The Cowboys and Colts have already shown interest in signing Miller, according to the Palm Beach Post.

Bengals want key free agents back
The Cincinnati Bengals let both safety George Iloka and wideout Marvin Jones hit the free agency market, but they're intent on re-signing both of them, reports NFL Network's Albert Breer.

My sense is the priority guys for the Bengals are S George Iloka and WR Marvin Jones. I'm told there's about $15M here budgeted for UFAs.

Chiefs and LB Tamba Hali reached agreement on three-year deal that will enable him to finish career in KC, per league source.