NFL Final: Everything You Need To Know From Week 8's Action 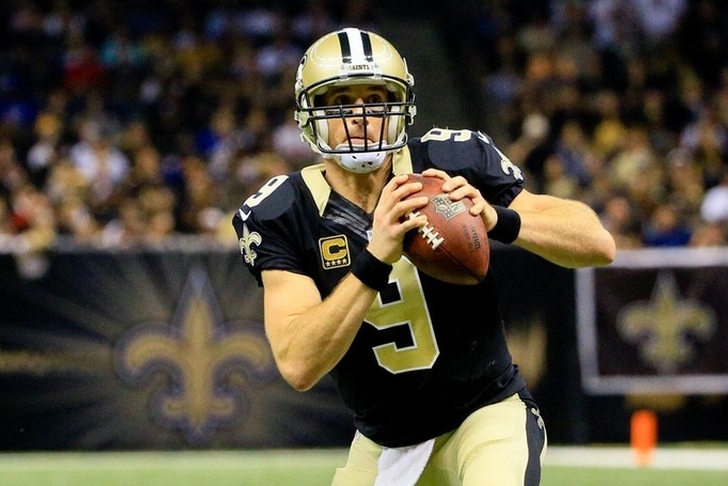 Week 8 of the NFL season is nearly in the books and that means we have PLENTY to cover from yet another fun Sunday. Check out our NFL Final below for the biggest on-field stories from Sunday.

Bell was the first of many, many injuries in the NFL this week. There is no official word on how long Bell will be out, but it did not look good. With Bell out, DeAngelo Williams is the starter. Pittsburgh could look to add another running back for depth purposes. We'll return to the injuries in a moment, but the Bengals stayed undefeated thanks to a fourth quarter comeback by Andy Dalton. He was far from perfect in the game, but Dalton outplayed Ben Roethlisberger and helped the Bengals win. It's time that everyone started treating the Bengals as serious Super Bowl threats. In what is supposed to be his last season, Steve Smith's year is done after tearing his Achilles. The Ravens are now totally depleted at wide out, so they'll likely try to add someone.

Matt Forte left the Bears' game with a knee injury, but he might be okay to return shortly as he was spotted walking. Cameron Wake tore his Achilles Thursday Night and Reggie Bush reportedly tore his ACL. In a season plagued by injuries, Week 8 was one of the worst so far.

The Giants and Saints combined for one of the craziest games this season, as the Saints picked up a 52-49 win. Drew Brees threw for 511 yards and 7 TDs, while Eli Manning threw for 350 and 6 TDs. Neither defense bothered to show up. The Saints scored 10 points in the final 36 seconds to pick up the win. A penalty coupled with a poor punt allowed Kai Forbath to nail a 50-yarder as times expired.

The Buccaneers upset the Falcons, despite Matt Ryan throwing for 397 yards. The Falcons were done in by turnovers, committing four and forcing none. The Bucs were out-gained by over 200 yards, but they left win an OT win.

The Browns led 20-7 with only seconds before the half, but allowed the Cardinals to score 27 unanswered. Josh McCown took a beating and left with a rib injury. The Browns had zero running game, as McCown was the leading rusher. Carson Palmer had another great game for Arizona, throwing for 4 TDs and 374 yards. Don't look now, but the Raiders are now 4-3 after beating the Jets 34-20. Oakland is back in the playoff mix, while the Jets are worried about their QB situation. Ryan Fitzpatrick left the game with a thumb injury, and the Jets have already started looking for QB help. Clearly, the Jets don't trust Geno Smith.