NFL Final: Everything You Need To Know From Week 7's Action 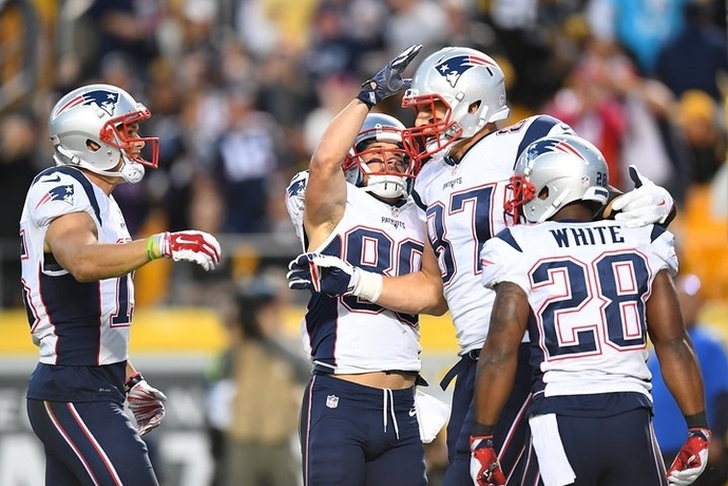 The 2016 NFL season is in full swing, with the bulk of the Week 7 games complete. The season is still nearing its halfway point, and trends are starting to emerge around the NFL. With just the Monday Night game left, let's get you caught up with Week 7's action with our NFL Final.

The 1972 Dolphins Can Celebrate
It took only seven weeks, but the NFL is already out of undefeated teams. The Vikings lost 21-10 to the Eagles thanks to a bad offense. A kick return TD really saved the Eagles, since they actually weren't much better. There were four turnovers by each team, including three Vikings fumbles. The Vikings' offense finally caught up to them and cost them a win. The Eagles needed a bounce back win, but four turnovers and 239 yards of offense is a clear sign they need improvement. With that Vikings loss, the Patriots, fresh off a solid 27-16 win over the Steelers, look like the best team in the NFL.

Sunday Night Football Was Terrible
Want to know why NFL ratings are down? Look no further than the product. It's been on display on nearly every Thursday Night game and it was on display again Sunday Night. That 6-6 tie between the Seattle Seahawks and Arizona Cardinals was just an awful game from the consumer perspective. Sure, watching defense is cool and all and we got to see two professional kickers look like high schoolers, but this is not a game that brings views. Viewers want offense and scoring, instead they got a boring game.

Chargers In A Thriller Again
San Diego isn't the best team in football, but they might be the most exciting. The Chargers rallied from a deficit in the final moments, picked up a critical 4th down stop in OT and won the game. So, the opposite of what they've been doing this year. They are still in the Wild Card race at 3-4 in a really good AFC West. The Falcons are now 4-3 and don't have the commanding lead in the NFC South they did a few games ago. Given how the Falcons folded in the middle of last year,

AFC Wild Card
It's not too early to talk playoffs right? The Raiders are in great shape, at 5-2. The Chiefs haven't always looked sharp, but they beat the Saints 27-21 to improve to 4-2. The Bengals picked up a needed win over the Browns (more on them below), but still have work to do at 3-4. The Ravens are regressing at 3-4, with four straight losses. Don't look now, but Miami is a sneaky 3-4 after a win over the now 4-3 Bills. The Chiefs and Raiders (Broncos if you want to swap them Oakland), are the front-runners.

NFC Wild Card
The Redskins and Lions are both 4-3 (more on them below) and in the mix. Outside of those two, the Cardinals should still be in solid position long-term and the Packers picked up a need win over the Bears to improve to 4-2. Last year's NFC Least might actually provide another playoff team, with all four teams above .500. By the way, welcome back Aaron Rodgers. We missed you and please don't leave again.

Will The Real Redskins And Lions Please Stand Up?
I can't get a read on either team. Both are 4-3, but both have struggled at times and looked like a playoff team. The Lions have benefitted from playing at home, but they also lost to the Bears. I could see them making a playoff push, or struggling the rest of the way. I guess that's why they play 16 games.

It's Time For Jared Goff
The Rams have a bye week coming up, making it the perfect time to give Jared Goff the starting role. It's clear (and it's been clear) that the Rams aren't going anywhere with Case Keenum at the helm. He had a terrible game against the Giants, completing 32 of 53 passes for 291 yards, a TD and four INTS. I'm still not sure why the Rams threw it 53 times and ran it only 20 in a very close game, but whatever. No defense respects Case Keenum and it's time to hand the keys over to the No. 1 overall pick. He can't be any worse, right?

The AFC South Is Still Kind Of A Mess
Maybe this changes if the Texans beat Denver, but the AFC South remains the worst division in the NFL. The Colts beat the Texans 34-26, but they didn't really look all that great in the process. At least they didn't blow the game this time. The Jaguars, especially the offense, looked awful against the Raiders. It's the Texans' division to lose, but maybe the Colts can figure out how to protect Andrew Luck and not give the game away late. I don't trust the Jags and Titans at all.

The Browns Might Not Win A Game
It appears the Indians and Cavs have sacrificed the Browns' success this year for their own benefit. The Browns are now down to Kevin Hogan, a 5th round rookie the team didn't even draft. This is QB5 for Cleveland (QB6 if you want to count Terrelle Pryor). This team was trying to start from scratch this year and it's clear there is a severe lack of talent. The Browns might not win a game this year and I don't think that many would be surprised if that happened. On a related note, the 49ers are also terrible.