NFL Final: Everything You Need To Know From Week 4's Action 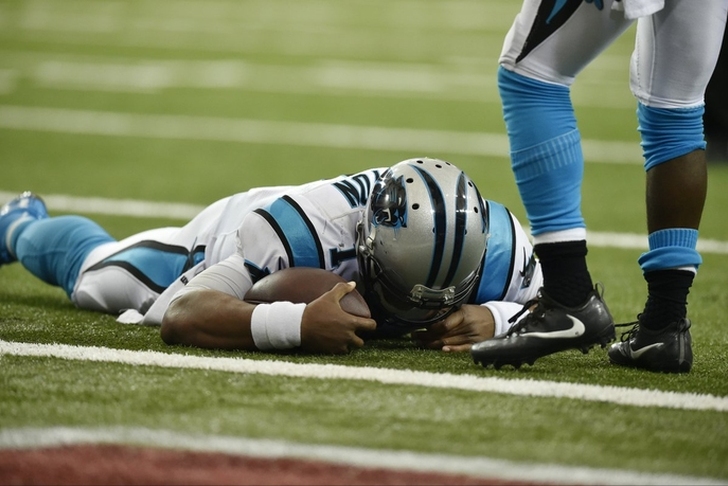 The 2016 NFL season is in full swing, with the bulk of the Week 4 games complete. The season is still young, but trends are starting to emerge around the NFL. With just the Sunday and Monday Night games left, let's get you caught up with Week 4's action with our NFL Final.

Injuries
After a relative light week in Week 3, the injury bug returned for Week 4. NaVorro Bowman was carted off for the 49ers against the Cowboys with an ankle or Achilles injury. Broncos QB Trevor Siemian left the game with a shoulder injury and did not return. Bears WR Kevin White left the game with an ankle problem and didn't return. The Redskins lost three starters, including two more defensive backs. Carson Palmer also left the Cardinals' game late to enter concussion protocol and didn't return.

But the biggest injury was that of Cam Newton. The Panthers QB took a shot to head after he strangely slowed down short of the goal line. He left to be evaluated for a concussion and did not return.

Steelers Bounce Back
After a surprising blowout loss to the Philadelphia Eagles, the Steelers bounced back in impressive fashion against the Kansas City Chiefs. The Steelers were up 22-0 at the end of the first quarter and the game was essentially over at that point. There are now questions surrounding the Chiefs, especially since the offense was just awful. But the Steelers once again look like a dangerous threat, especially on offense with Le'Veon Bell back.

Patriots Aren't Perfect
After New England destroyed the Texans last week with their third string QB, it seemed like the Patriots could win with anyone at QB. After getting shut out at home for the first time since 1993. Rex Ryan had a great defense game plan, even if his offense continued to not look very good. But the Bills have gone from 0-2 and getting Ryan on the hot seat to 2-2 and trending upwards. In some good news for the Patriots, Tom Brady is officially back.

The Cardinals And Panthers Have Issues
The parallels between the Panthers and Cardinals are clear. Both teams hold surprising 1-3 records and lost their QBs to potential concussions this week. The offense has been bad in Arizona, while the Panthers' pass defense is non-existent. The Falcons and Rams, believe it or not, are outplaying the Panthers and Cardinals. There's still plenty of time to turn things around, but this is not what most foresaw.

Playoffs This Time?
The Ravens, Raiders, Falcons, Rams and Cowboys all missed the playoffs last season. All four are now 3-1 this year and showing promise. Sure, the Ravens were nearly 4-0, but a 3-1 start is something every single team will take. The Raiders' defense has rebounded after a bad start, the Falcons offense is more consistent, the Ravens are healthy this time, Case Keenum looks less terrible for the Rams and the Cowboys have steady QB play. They all won't make the playoffs, but expect at least a few to do so this season.

The Undefeated
With the Patriots and Ravens losing, the Minnesota Vikings, Denver Broncos and Philadelphia Eagles are the last of the undefeated teams. The Eagles are on bye this week, while the Vikings play Monday Night. Denver was up 27-7 in the 4th before the weather delay, so they should win that one.

The Winless
The Saints were on the verge of falling to to 0-4, but rallied to stun the Chargers 35-34 with 14 straight to end the game. The Jaguars got on the right side of the win column, beating the Colts in London. That leaves the Browns as the only winless team in the NFL. Because of course it's the Browns.

Tampa's Weather Strikes Again
For the second straight week, the Bucs game was delayed because of inclement weather. Don't the weather gods know that Sundays are for football and not thunderstorms? Not only that, but these are long delays. I'm sure the local fans just love that.