NFL Final: Everything You Need To Know From Week 2's Action 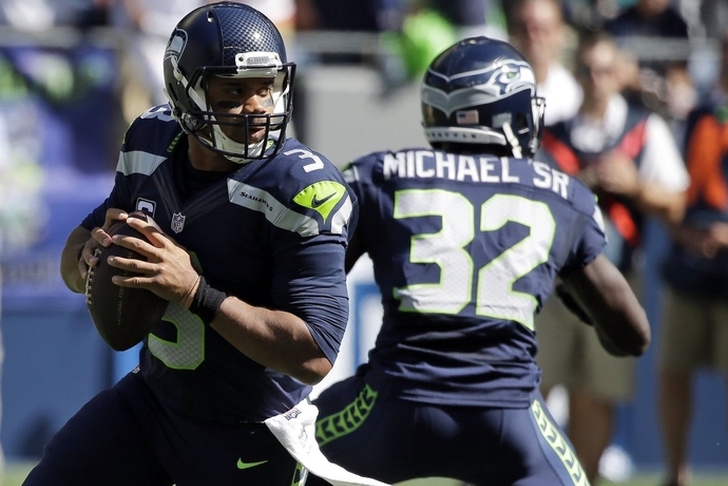 The 2016 NFL season is underway, with the bulk of the Week 2 games complete. The season is still young, but patterns are starting to emerge around the NFL. With just the Sunday and Monday Night games left, let's get you caught up with Week 2's action with our NFL Final.

Something Isn't Right With Aaron Rodgers
Before Rodgers himself tells everyone to "R-E-L-A-X," it's important to note that Rodgers doesn't look quite right. He hasn't had a passer rating of over 100 in 14 straight games and while the lack of Jordy Nelson hurt him last year, the Packers offense hasn't really improved. Maybe it's the play-calling in Green Bay, as that hasn't looked all that great. Rodgers looks a bit worried in the pocket and has started to scramble earlier than he needs to. His footwork is also off, and that's led to some inaccurate throws. Rodgers is still one of the most talented QBs in the NFL, but there's a reason to be a little worried about the way he's playing.

The Seahawks' Offense Is Bad
That the Seahawks' offense has issues shouldn't come as a major surprise, but this level of struggling is a bit of a surprise. The Seahawks' offensive line is bad, with Seattle unable to really move the football. A hobbled Russell Wilson has been put in a bad position and it shows. The Rams' defense is solid, but the Seahawks' offense deserves a lot of blame. Unless something changes, the offense will continue to cost Seattle games they can't afford to lose, like they did in Sunday's 9-3 loss to the Rams. Oh, and welcome back to Los Angeles, Rams.

Big Wins For Cowboys, Texans, Broncos and Falcons
They were far from easy wins, but these three teams added key wins Sunday. The Cowboys held on against the Redskins, in a game Washington probably feels they should have won. Dallas needed this one for its own confidence and to avoid falling behind before Tony Romo returns.

Andrew Luck was bad for the Colts, completing just 17 of 36 passes for 160 yards, a TD. The real daggers were a pick-six when the Colts were trailing by 3 in the 4th and a game-sealing fumble on a sack that was returned for six. Denver isn't going to win games with its offense, but the defense looks as great as ever. The 34-20 score is not indictive of how close this game actually was.

The Texans-Chiefs game was not pretty, but it was a big win for Houston. They aren't perfect, but they look like the clear class of the AFC South. As for the Falcons, they needed this one after losing to the Bucs to open the season. The ground game (finally) showed up and that was critical to picking up a 35-21 win. Meanwhile, the Raiders pass defense looks shaky at best.

Cards Bounce Back
The Cardinals should have beaten the Patriots last week, and they rebounded in impressive fashion. The totally shut down the Bucs and Jameis Winston, limiting him to 27 of 52 passing, 243 yards, 1 TD and 4 INTs. He also fumbled once. Carson Palmer looked sharp through the air. The Cardinals still have the making of a Super Bowl threat. Arizona picked up an easy 40-7 Win.

Jimmy G Looks Sharp, But Goes Down
Jimmy Garoppolo looked great in place of Tom Brady Sunday, completing 18 of 27 passes for 234 yards and 3 TDs. However, Garoppolo left the game with a shoulder injury. There's at least a decent chance he misses next week and maybe more. If that's the case, Jacoby Brissett, a 3rd round rookie, would get the start. While Brady will be back soon, the injury to Garoppolo is worrisome.

The Saints And Giants In A Defensive Struggle
This was supposed to be a high-scoring game. The Saints' defense is hurt and not that great, while the Saints' offense is great. The Giants have the weapons to score, but maybe not enough to limit Drew Brees and Co. So naturally, it was a 16-13 final. The Giants won, despite three turnovers. The Saints, meanwhile, had only 288 yards. It could be a long season for New Orleans, especially if the defense plays well when the offense struggles.

Lions, Browns Find A Way To Lose
Both teams should feel like they let a win get away, because they did. The Browns were up 20-0 early, but a blocked extra point jumpstarted a Ravens comeback. Baltimore ended up winning 25-20, in what can only be described as a classic Browns game. The same might be true for the Lions, who lost 16-15 to the Titans. The Lions were up 15-3 in the 4th quarter, but found a way to snatch defeat from the jaws of victory.

Chargers Crush Jaguars
The Chargers entered this game without their best weapon in Keenan Allen and blew a game last week against the Chiefs, while the Jags had put up a good effort against the Packers. So of course we all saw a 38-14 blowout in favor of the Chargers. Blake Bortles and the entire offense struggled, although some garbage time points saved his fantasy owners. The Jags are now 0-2 and the seat of Gus Bradley might be getting a bit warmer.