NFL Final: Everything You Need To Know From Week 16's Action 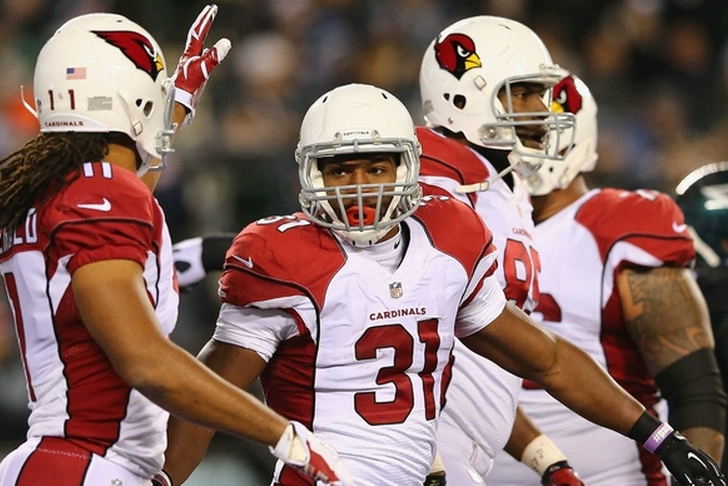 Week 16 is nearly in the books, with tomorrow's Cincinnati Bengals/Denver Broncos clash on Monday Night Football the only game standing between us and the final 16 games of the 2015 regular season. Let's get you up to speed with how things stand heading towards the final week with our NFL Final. The Denver Broncos turned the tables on Sunday, putting an end to their recent late-game woes in a crazy 20-17 overtime win over the Cincinnati Bengals on Monday Night Football. Things looked bleak after kicker Brandon McManus shanked a potential game winner with time expiring in regulation, but he'd make good on another attempt in OT before DeMarcus Ware recovered a botched snap by Bengals QB AJ McCarron.

Denver (11-4) clinches a playoff berth with the win and maintains a one-game lead on the Kansas City Chiefs for the AFC West title heading into Week 17. Denver can also clinch a first-round bye next week if they defeat the San Diego Chargers at home. 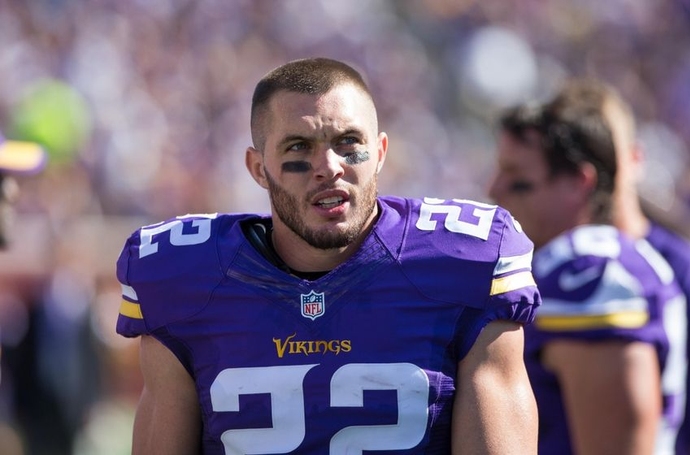 Only one of the two teams in Week 16's edition of Sunday Night Football had postseason stakes on the line. It showed. The Minnesota Vikings dominated from the outset in Minneapolis, riding an opportunistic defense and another top-level performance by running back Adrian Peterson to a 49-17 blowout win over the New York Giants. The Vikings clinch at least an NFC Wild Card spot with a win, and can win the NFC North with a victory over the Green Bay Packers next Sunday night.

Green Bay was outclassed in a 38-8 road loss to the Arizona Cardinals on Sunday, matching a terrible offensive performance with one of their worst defensive showings of the season. Both the Vikings and Packers are 10-5 heading into next week's de facto division title game at Lambeau.

Just a few months ago, the Redskins were tabloid fodder thanks to the RGIII saga and the nationwide controversy surrounding the team's nickname. Now they're division champs after a 38-24 road beatdown of the Philadelphia Eagles on Saturday night. Kirk Cousins threw four TD passes in the win, making up for an inexplicable kneel down in field-goal territory with time winding down in the first half.

With the win, Washington eliminated Philadelphia and secured a home game in the NFC Wild Card round.

The Atlanta Falcons ended the Carolina Panthers' undefeated season, beating them 20-13 at home to keep their slim playoff hopes for all of seven hours (Minnesota's win ended their chances). Atlanta also snapped the Panthers' 18-game regular season winning streak, which was the third longest in NFL history. Cam Newton had his worst game of the season for Carolina, throwing for just 142 yards and no touchdowns in the loss.

Carolina falls to 14-1 with the defeat, just a game ahead of the Arizona Cardinals for the #1 seed in the NFC after the Cardinals obliterated the Packers in the Valley of Sun on Sunday afternoon. Carolina will need either a home win over the Bucs next Sunday or a Cardinals home loss to the Seahawks to secure home-field advantage throughout the NFC Playoffs. Johnny Manziel and the NFL-worst Cleveland Browns put up a valiant fight at Arrowhead, but the Chiefs did just enough on offense to clinch a playoff berth with a 17-13 win. Kansas City has won nine straight, stiffening up on defense late to keep the Browns from coming all the way back from a 17-3 halftime deficit.

Kansas City can still win the AFC West if they beat Oakland in Week 17 and the Denver Broncos lose either on Monday night or in their regular-season finale at San Diego.

There is just one Wild Card spot remaining to be contested over by the New York Jets and Pittsburgh Steelers. The Jets have the inside track by virtue of a Ryan Fitzpatrick/Eric Decker TD connection which finished off a 26-20 overtime win over the New England Patriots. Now at 10-5, the Jets are now a game ahead of the Steelers who lost a very winnable game against a depleted Baltimore Ravens squad, 20-17.

Playoff scenarios are as follows. The Steelers get in if they move to 10-6 with a win at Cleveland next week and a New York loss at Buffalo. A Steelers loss and/or a Jets win sends NY to the postseason.

The AFC South Comes Down To Week 17

The Houston Texans are on the brink of their first AFC South title since 2012 after dismantling the Tennessee Titans, 34-6 in Nashville. Brandon Weeden scored his first career rushing touchdown in the win, adding two passing scores to push the Texans to 8-7.

Houston came close to clinching the division outright on Sunday, but the Indianapolis Colts were able to complete a goal-line stand against the Miami Dolphins with time winding down to secure an 18-12 win and keep hope alive for a division title.

The problem for Indy here is that, even with the Bengals' loss keeping the Texans from winning the division on Monday night, they still need nine other things to break their way in Week 17 to win the division title at 8-8.

Raiders Send Woodson Out A Winner In Home Finale

It wasn't pretty, especially considering a third quarter filled with punts on both sides, but the Raiders won future first-ballot Hall-of-Famer Charles Woodson's last game in Oakland 23-20 on Thursday Night -- a win that could also mark the end of the Raiders' stay in Oakland. The Raiders were aided by a couple of huge Chargers penalties and Mike McCoy's decision to take a field goal off the board that would have extended the Bolts' lead to 20-12 in regulation. A 4th-down stop sealed the deal in OT.

The Seahawks are headed back to the playoffs, but that doesn't mean the Rams don't have their number. St. Louis moved to 7-8 with a 23-17 road win over Seattle on Sunday -- marking the team's first win in the Pacific Northwest in over a decade (2004). Constantly harrassing Seattle QB Russell Wilson while taking advantage of Seahawks mistakes (including a 45-yard fumble recovery for a TD by Akeem Ayers), the Rams did just enough on offense to snap the Seahawks' five-game winning streak.

With LeSean McCoy sidelined due to injury, Mike Gillislee and rookie Karlos Williams were left to key the Bills' rushing attack in a 16-6 home win over the hapless Dallas Cowboys. The pair combined for 169 yards and two touchdowns as Buffalo outgained Dallas 236-121 on the ground. The Cowboys fell to 4-11 -- their first season with 11 losses since 2002.

Chicago Bears running back Ka'Deem Carey rushed for one touchdown and caught a pass for another Sunday to help the Bears snap a three-game losing streak with a 26-21 victory over the Tampa Bay Buccaneers. Both teams are 6-9 after having been eliminated from playoff contention last week. Bucs QB Jameis Winston completed 15 of 29 passes for 295 yards and one momentum-killing interception.

Saints QB Drew Brees soldiered through a painful foot injury, throwing for 412 yards and three touchdowns in a 38-27 home win over the Jacksonville Jaguars (5-10) on Sunday. New Orleans bounced back from a tough home loss to the Detroit Lions last week, moving to 6-9 on the season.