NFL Final: Everything You Need To Know From Week 15's Action 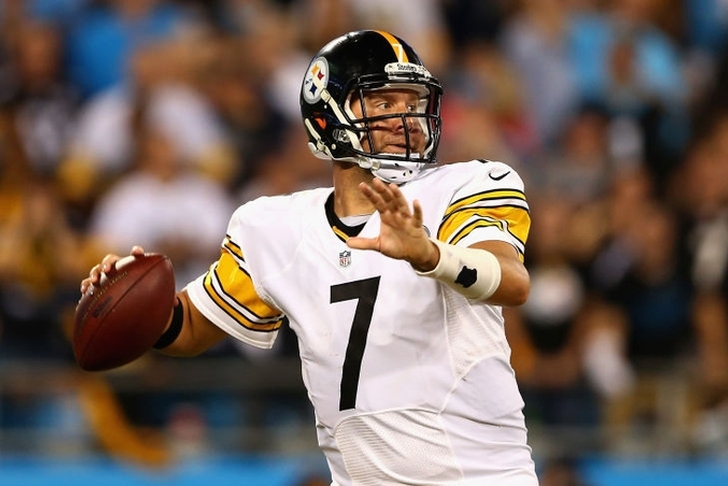 We're rapidly approaching the end of the 2015 NFL season, with the playoff picture starting to become clear. With just two weeks left after this week, teams are clinching their berths and being officially eliminated. With just the night games left, let's get you caught up with Week 15's action with our NFL Final.

Panthers Stay Perfect
The Panthers nearly let the Giants pull the upset in comeback fashion, but held on for a narrow win. The Panthers are 14-0, just two games away from a perfect regular season. The Panthers have clinched a first round bye, and have nearly locked up the No. 1 seed.

Steelers Top Broncos
It was the best game of the day and the Steelers picked up a critical win over the Broncos. The Steelers are now 9-5 and in great position to capture a playoff spot. Denver was the most difficult game left on the schedule and the Steelers might just win out. Denver is now 10-4, and they aren't locks for the AFC West anymore.

Chiefs Just A Game Back In AFC West
The Chiefs beat up on the Ravens for their eight straight win. With the Browns and Raiders left, the Chiefs could very well finish the season with 10 straight wins. The Chiefs are just a game back in the AFC West and they could potential win the division, especially since the Broncos still need to play the Bengals.

Texans Take AFC South Lead
The Texans beat the Colts 16-10, with Brandon Weeden at quarterback. That's not a typo, as Weeden rallied the Texans for their first win ever in Indianapolis. The Texans now hold a one-game lead over the Colts, with the Jaguars not eliminated but two games back.

Patriots Clinch A Bye
With the Patriots beating the Titans 33-16 and the Broncos losing, New England has locked up a first round bye. They haven't quite nabbed the No. 1 overall seed, but that should come along shortly.

Bengals Playoff Bound
Thanks to their 24-14 win over the hapless 49ers, the Bengals have clinched a playoff spot. The AFC North is still technically up for grabs, but the Bengals should still win that. Cincinnati plays Denver next week in a game that will likely determine who gets the second bye in the AFC.

Packers Locked For Playoffs
Thanks to their 30-20 win over the Raiders, the Packers are assured of a playoff spot. The division won't be decided until the Packers and Vikings play in the final week, but both squads should head to the playoffs this year.

Jets Don't Control Own Destiny
Because the Chiefs and Steelers keep winning, the Jets are on the outside looking in for the playoffs. Even if they win out, the Jets might not get a playoff spot. The Jets have a much harder schedule as well, with the Patriots and Bills still left.

NFC East Is Still A Mess
The Giants came up short against the Panthers, while the Redskins beat the Bills and eliminated Buffalo from the playoff hunt in the process. New York is a game back, while the Eagles will know where they stand after tonight's game against the Cardinals. The Cowboys are finally eliminated. Expect this division to come all the way down to the wire.

Cardinals Capture NFC West
The Cardinals' 40-17 win over the Eagles allowed them to clinch the NFC West. They've haven't locked up a bye, but can do so with a win next week over the Packers. Arizona also isn't out of the race for the No. 1 seed in the NFC, but they need that Panthers to lose out.

NFC Wild Card
The Seahawks are in the playoffs thanks to their easy win over the Browns, although the Cardinals' win locks them into a wild card spot. The Vikings didn't clinch a spot because the Falcons won. Still, it looks like Seattle and Minnesota will be the NFC wild card teams.