NFL Final: Everything You Need To Know From Week 14's Action 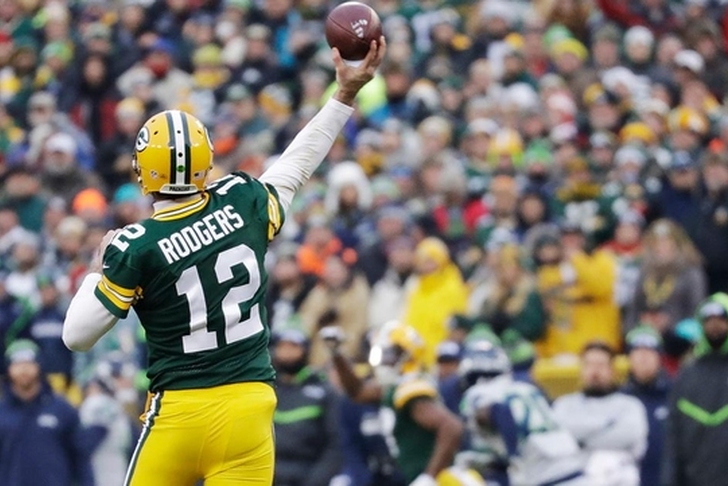 The NFL season is now in the final four weeks of play, and Week 14's games helped to trim down the (realistic) playoff contenders. With just the Monday Night game left, let's get you caught up with what you need to know from Week 14's action with our NFL Final:

Updated Playoff Picture
Yes, we're talking about the playoffs. We've got the completely updated playoff picture below, broken down by conference and then where each team stands. With the Cowboys loss to the Giants, they were unable to clinch a bye or the NFC East.

Tannehill Likely Done For Year, Other Key Injuries
There were several notable injuries this week, but none as notable as as the one to Miami Dolphins QB Ryan Tannehill. The team fears Tannehill tore his ACL against the Cardinals, which would end his season and put his return for the start of next season in doubt. The Dolphins won the game, but with the loss of Tannehill, it might be pyrrhic victory.

But Tannehill wasn't the only one to go down. Melvin Gordon went down early with a hip injury, and he was carted off. Joey Bosa hurt his knee, because all of the Chargers must get hurt this year. Matt Forte had a knee injury and didn't return, while both Wendell Smallwood and Darren Sproles left with injuries. The severity of those mentioned about are unclear.

Finally, Matt Stafford dislocated his thumb and tore some ligaments. He'll be able to play through the injury (like he did today), but will need to wear a glove.

Le'Veon Bell Goes Off
In the first game of the fantasy playoffs for most leagues, Le'Veon Bell made his fantasy owners happy and his opponents depressed as can be. In the Steelers' 27-20 win over the Bills, Bell racked up 236 yards and 3 TDs on 38 carries. Oh, and he chipped 62 yards on four catches. He went off and carried the Steelers to a win.

Packers Look Great, Seahawks Struggle
The Packers did everything right, while pretty much nothing went the way of Seattle. Aaron Rodgers was fantastic in the 38-10 win, completing 18 of 23 passes for 246 yards and 3 TDs. He did suffer a calf injury, but said he'd play next week. As for the Seahawks, it was ugly. It wasn't all Russell Wilson's fault, but he had perhaps the worst game of his life. He completed 22 of 39 passes for 240 yards, 1 TD and five picks. It was a complete disaster and with the loss, the Seahawks fell out of position for a bye. They need to get their offense playing more consistently.

Texans, Titans Get Huge Wins
The Texans and Titans have established themselves as the front-runners in the AFC South thanks to their wins today. The Texans beat the Colts, a huge win for them in the division race. Houston is now 4-0 in the division and in control. But the Titans aren't far behind, thanks to their win over the Denver Broncos. It wasn't pretty, but like Houston, Tennessee is now 7-6. As for the Colts, that was a game they needed to help their AFC South hopes. They're a full game back and a would lose the tiebreaker to the Texans. Denver's wild card chances took a hit against the Titans. The defense showed up, but the offense was atrocious.

Redskins, Vikings Keep Hopes Alive
The Redskins and Vikings picked up badly needed wins over the Eagles and Jaguars, respectively. They were not pretty wins, but both teams needed them to keep their playoff hopes alive. The Redskins won't catch the Cowboys in the NFC East, but they can still get the wild card. The same is true for the Vikings, who likely can't catch the Lions. Both teams

Falcons Blow Out Rams
This one was never close. The Rams fumbled the opening kickoff and the Falcons recovered, scoring one play later. It was over at that point, as the Falcons cruised to a 42-14 win that featured two defensive TDs by Atlanta and only garbage time points by the Rams. It was only the Rams (and Jared Goff really struggled in this one), but this is the best the Falcons have looked all season. That offense is going to make some noise in the postseason, if the defense can hold up at least a bit.

Summing Up The Browns Season
Cleveland lost again Sunday, falling to the Bengals 23-10. They are now 0-13 and this pretty much sums up their season.

Absolutely nothing has gone right for the #Browns this year. Their mascot wiped out trying to pick up a ball today. #GPODAWUND pic.twitter.com/U8IBfb2DfI

On the bright side: the Browns should get the No. 1 overall pick.