NFL Final: Everything You Need To Know From Week 12's Action 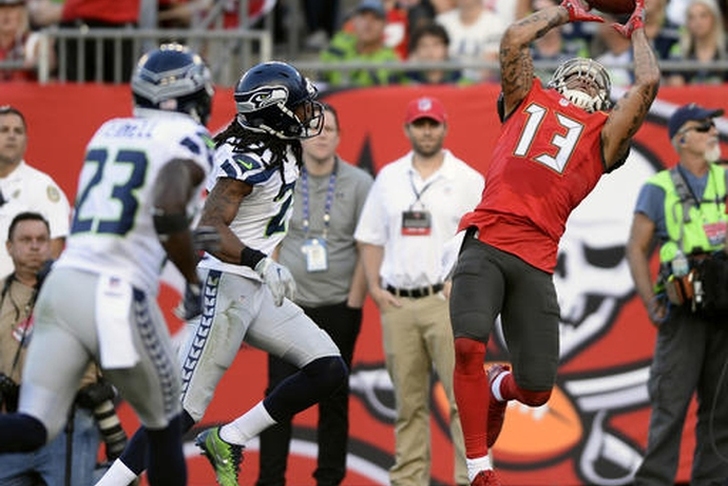 The NFL season is now in the stretch run after Thanksgiving, and Week 12's games went further is separating the true contenders from the pretenders in the playoff picture. With just the Monday Night game left, let's get you caught up with what you need to know from Week 12's action with our NFL Final:

Chiefs come back to beat Broncos in OT
Talk about a crazy game! Kansas City's defense dominated the first half of the game, but Trevor Siemian led the Broncos back and gave them a 24-16 lead in the final minutes. Chiefs quarterback Alex Smith had thrown for just 100 yards in the game up until that point, but it didn't matter. Smith passed for 67 yards on KC's final drive of regulation, culminating in this touchdown pass to Hill with just 12 seconds left:

In overtime, each team approached the red zone on their opening drives in overtime, but both had to settle for field goals. Denver then missed a 62-yard field goal attempt with 1:03 to go, allowing the Chiefs to get into field goal range themselves. They did just that, and Cairo Santos made the 33-yarder to win the game...by banging it off the upright!!

Bucs upset Seahawks
Tampa Bay's defense hasn't been great this season, and many though this team didn't have enough talent to beat a Seahawks team that had won three games in a row coming in. Well, turns out both of those thoughts were wrong. The Bucs limited Russell Wilson and Seattle to just one passing yard in the first half in a 14-5 win, highlighted by two incredible touchdown passes by Mike Evans.

Tampa Bay is now just one game back of the Falcons for first place in the NFC South with a 6-5 record.

Raiders pull off another comeback
The Raiders moved to 9-2 with a thrilling 35-32 win over the Carolina Panthers, clinching Oakland's first winning season since they made the Super Bowl in 2002. It was also another 4th-quarter comeback for the Raiders, who trailed 32-24 in the fourth quarter after leading 24-7. However, quarterback Derek Carr shook off an injured pinky and led two scoring drives in the final 10 minutes of the game, leading to the victory.

Falcons, Ravens, Patriots keep division leads
That win ensured that the Raiders will continue to have sole possession of first place in the AFC West next week, and several other teams won to maintain their first-place leads as well. The Falcons steamrolled their way to a 38-19 win over the Cardinals, while it took a late touchdown pass from Tom Brady to Malcolm Mitchell for the Patriots to get a 22-17 win over the Jets:

Brady finds Malcolm Mitchell in the end zone to give the #Patriots the lead with less than 2 minutes to play! pic.twitter.com/vWMmTk8DK3

The win was the 200th of Tom Brady's NFL career, tying him with Peyton Manning for the most all-time by a quarterback.

Baltimore joined the Steelers at 6-5, but their tiebreaker over Pittsburgh means the Ravens maintained first-place in the AFC North with a 19-14 win over the Bengals - which they ensured in a rather bizarre way:

#Ravens preserved their win over the #Bengals by HOLDING EVERY SINGLE PLAYER & taking a safety on the last play! Flags don't extend the game pic.twitter.com/s6pCj0AABO

Chargers hand Texans first home loss
Houston still has a slim half-game lead in the AFC South, but they did not join the above group due to their loss to the Chargers. The Texans turned it over four times in the 21-13 defeat, including three interceptions from Brock Osweiler. Head coach Bill O'Brien said that Osweiler would not be benched after the game, but Osweiler did take the blame for the loss.

AFC Wild Card update
Many expect the two AFC wild card spots to go to AFC West teams (Chiefs, Broncos or Raiders, with one being the division winner), but several other teams stayed very much in the hunt with wins on Sunday.

Here is the up to date AFC playoff picture:

NFC Wild Card update
In the NFC, the wild card picture is a bit more jumbled. The New York Giants have a clear stranglehold on one wild card spot after a 27-13 win over the Cleveland Browns pushed their record to 8-3. Tampa Bay's win also pushed them right into contention.

Here is the up to date NFC playoff picture: