NFL Final: Everything You Need To Know From Week 11's Action 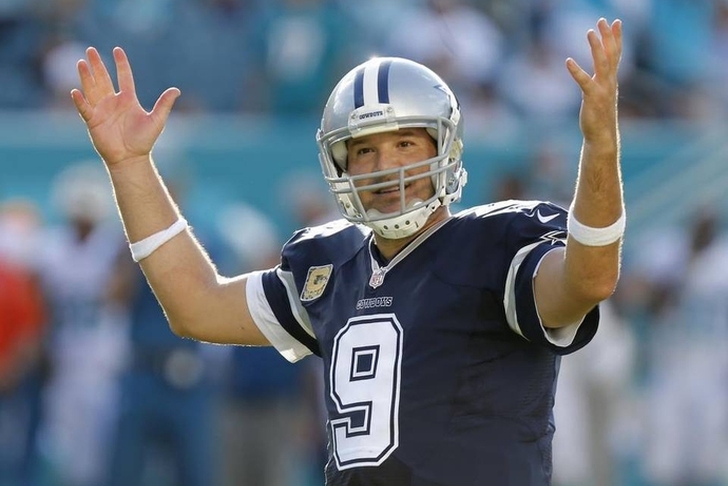 We're getting down to the nitty gritty of the 2015 NFL season, with playoff contenders starting to separate from also-rans heading into the last month and a half of the slate. Let's get you caught up with Week 11's action with our comprehensive NFL Final.

Brock Osweiler Does The Trick

Peyton Manning has thrown an NFL-worst 17 interceptions on the season. Brock Osweiler hasn't caught the pick bug from Manning watching him on the sidelines. Osweiler threw for 250 yards and two TDs with no interceptions, winning his first career start 17-15 at Chicago. Bears RB Jeremy Langford was denied on a potential game-tying two-point conversion run in the waning seconds, preserving the win for the 8-2 Broncos.

Joe Flacco, Justin Forsett Out For The Season

The good news: Baltimore won its third game of the season, edging the Rams 16-13 on a 47-yard Justin Tucker field goal with time expiring.

Cam Newton threw a career-high five touchdown passes, pushing the Panthers to a perfect 10-0 with a brilliant performance in the team's 44-16 blowout win over the Washington Redskins. Carolina now has a four-game lead in the NFC South after Atlanta's 24-17 loss to the Colts, and they're currently on a 14-game regular season winning streak stretching back to last season.

The Patriots defeated the Buffalo Bills 20-13, keeping their undefeated season alive. On the down side for New England, Danny Amendola left the game with a knee injury. It's unclear how long he'll be out. The Patriots lost WR Julian Edelman in last week's game.

The young Minnesota Vikings held a one-game lead over the Green Bay Packers coming into a massive showdown at home on Sunday, but their division lead has evaporated after a 30-13 loss. Aaron Rodgers completed just under 50% of his passes, but six of those were big ones to WR James Jones for 109 yards and a score. Both teams are 7-3 with Green Bay now holding the head-to-head tiebreaker.

Using a four-touchdown night by quarterback Carson Palmer to set the pace, the Arizona Cardinals staved off a late rally and put away the AFC North-leading Cincinnati Bengals thanks to a tie-breaking 32-yard field goal with seconds left by kicker Chandler Cantanzaro, 34-31. It's Cincinnati's second straight loss after starting the season a perfect 8-0. Arizona moved to 8-2, three games clear of the Seattle Seahawks in the NFC West.

Tony Romo Is Back, Folks

Tony Romo return, the Cowboys win. Dallas won its first game since Romo went out due to injury in Week 2, snapping their longest losing streak since 1989 in a 24-14 comeback win. Romo threw for 227 yards, two touchdowns and two interceptions in the win.

All three of the top teams in the AFC South (Indianapolis, Houston, Jacksonville) won this week, keeping the division a glorious mess with six games to go. The Texans and Colts lead the division at 5-5, with Indianapolis holding a tiebreaker due to a win over Houston earlier in the season. Jacksonville is right on their heels, one game out at 4-6 after beating the Titans on Thursday.

...but Jameis Winston has the Tampa Bay Bucs streaking. Winston tied a rookie record with five touchdown passes in the team's 45-17 blowout win over the Philadelphia Eagles, pushing the Bucs back to .500 at 5-5. Tampa also set a franchise record with 283 yards rushing, securing their third win in four games to march back into the NFC Playoff picture.

Kansas City Is Hot, San Diego Is Not

Kansas City has won four straight after a five-game losing streak, moving back to .500 with a 33-3 blowout road win over the hapless San Diego Chargers. The Chiefs sacked Philip Rivers seven times, holding him to a season-worst 178 yards through the air.

The Lions Are Getting Better

QB Matthew Stafford scored on an 18-yard TD run that put the Lions ahead to stay in an 18-13 win over the visiting Oakland Raiders, giving the 3-7 Lions their first winning streak of the season. Stafford's TD scamper was the first touchdown run for the Lions since Week 3.