NFL Final: Everything You Need To Know From Week 10's Action 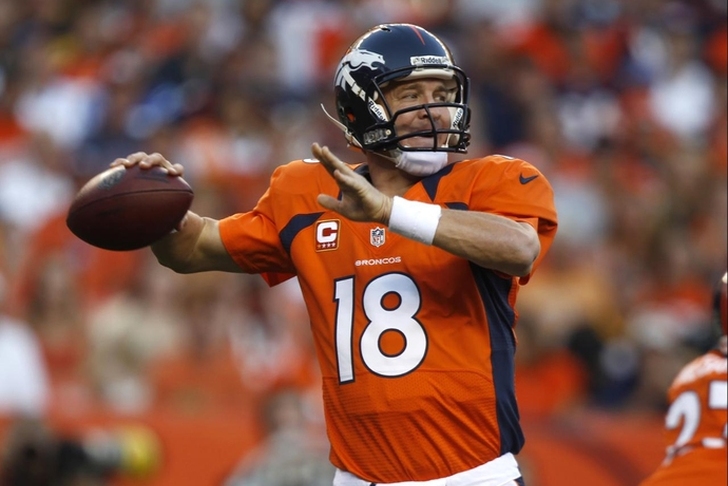 Week 10 of the NFL season is nearly in the books and that means we have PLENTY to cover from yet another fun Sunday. Check out our NFL Final below for the biggest on-field stories from Sunday.

Peyton Sets Record, But Is Benched

Peyton Manning set the NFL record for career passing yards, but the Broncos came up well short against the Kansas City Chiefs. Manning deserves much of the blame for the 29-13 loss, as he was picked off 4 times. Manning finished the game with just five completed passes. He was benched in the third quarter.

The Lions, winners of just one game entering this week, upset the Packers 18-16. The Lions snapped a 24-game road losing streak against the Packers. It's Green Bay's third straight loss.

Carolina remained perfect with a 27-10 win over the Titans. It wasn't exactly pretty, and it was a four-point Panther lead at the half, but the Panthers will take another win.

Ben Roethlisberger wasn't supposed to play against the Browns, but he was pressed into duty when Landry Jones was injured. Big Ben completed 22 of 30 passes for 379 yards, 3 TDs and a pick in the Steelers' 30-9 win. Roethlisberger was expected to miss a few weeks, but perhaps he should have been the starter the whole time.

In the biggest blowout of the day, the Redskins destroyed the Saints 47-14. Kirk Cousins outplayed Drew Brees by a pretty sizable margin (I can't believe I just wrote that) and the Redskins racked up 225 yards on the ground.

Bradford left the game with a left shoulder injury. His X-Rays came back negative, but he did suffer a sprain. It's unclear how long he'll be out. Making matters worse, the Eagles lost 20-19. Mark Sanchez threw a game sealing INT late in the fourth quarter when the Eagles were near the goal line.

The Vikings have been flying under the radar a bit, but their 30-14 win over the Raiders was their seventh this season. Coupled with the Packers' loss, the Vikings are now in first place in the NFC North. This team needs to be taken seriously.

The Cowboys' offense is just awful without Tony Romo. Dallas picked up a meager 216 yards in the team's 10-6 loss to Tampa Bay. It's a good thing Romo can return next week, because the team needs him in the worst way.

The Seattle Seahawks stormed back from a 19-point deficit at home on Sunday Night Football, but failed to close the deal in a 39-32 loss to the Arizona Cardinals. A 48-yard TD rush by Andre Ellington sealed the deal late, sucking the life out of the crowd and sending the Cardinals to 7-2 -- three games ahead of the defending NFC champs with a current tiebreaker in hand.