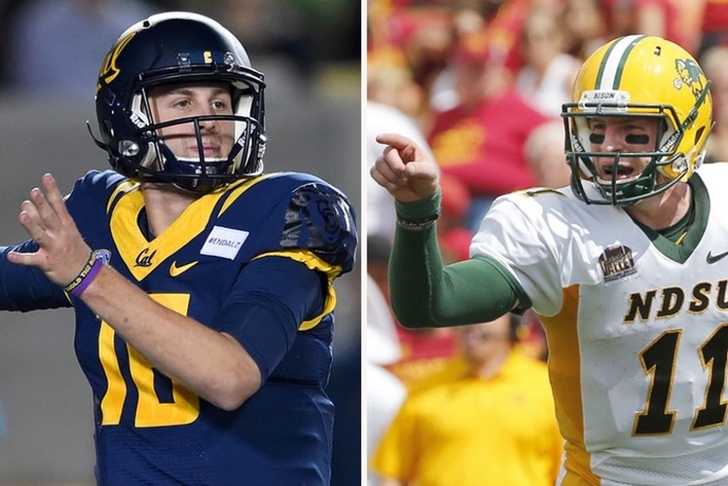 On the heels of a blockbuster trade that saw the Philadelphia Eagles swap picks with the Cleveland Browns to acquire the No. 2 overall selection in thie 2016 NFL Draft, the league is buzzing over how the rest of the order will shake out. Read on for the latest rumors surrounding the draft.

Sam Bradford On The Block?
The individual most impacted by the Eagles trading up for a quarterback is Bradford, who is still slated to begin the season as the team's starting signal-caller, according to the team. But the quarterback, who is reportedly unhappy with the Eagles' trade up to No. 2, will likely ask to be traded, according to Bleacher Report's Jason Cole. The New York Jets and Denver Broncos, both of whom still lack a starting-caliber QB, are two teams that could be interested in his services.

Jared Goff To The Rams A "Done Deal?"
Los Angeles has its heart set on Cal QB Jared Goff, according to NJ.com sources. While the Eagles say they are unsure who will be the first overall selection, it appears more and more likely that Philly will end up with North Dakota State's Carson Wentz at No. 2.

What About The Rest Of The Teams In The Top 10?
After the two QBs go one and two, how three through eight shakes out is a bit of a mystery. It is unclear if the San Diego Chargers will even stay at No. 3. If they do, it will likely be OT Laremy Tunsil (Ole Miss), CB/S Jalen Ramsey (Florida State) or DE Joey Bosa (Ohio State) going third. That, in turn, will affect the rest of the order, with the Cowboys likely targeting either Bosa or Ramsey fourth and the rest of the teams making their selections from there. The Browns, who traded down to No. 8, are reportedly gunning for LB Myles Jack (UCLA) if he is still available.