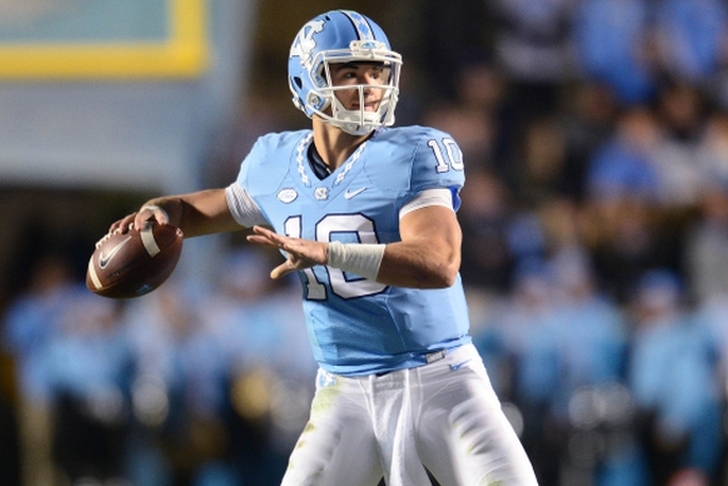 The 2017 NFL Draft is just days away, and as such, teams are making their final preparations before the first round kicks off on Thursday. It's silly season, which means there are plenty of draft rumors that are simply smokescreens - but we're here to help you sort through the mud. Here are all the latest 2017 NFL Draft rumors and news that you need to know from around the league.

Saints unlikely to trade picks for Malcolm Butler
The New Orleans Saints have been interested in acquiring New England Patriots cornerback Malcolm Butler, but the first-round tender the Patriots put on him kept New Orleans from signing him as a free agent. Butler has since since signed the tender in hopes that a trade could happen, but the Saints don't appear to be interested in trading draft picks for him, according to Peter King of The MMQB.

The Saints (picking 11, 32, 42, 76, 103 in the first three rounds) are still interested in Butler, but someone familiar with their thinking believes they are leaning toward keeping their first three picks. The Saints believe that their board between 25 and 75 has a slew of players capable of contributing immediately, with grades close to each other, and the thought of dealing one or more picks for Butler, then paying him a huge contract, is less attractive than it once seemed.

Butler was seeking a long-term contract from the Patriots this offseason, and was angered when they refused to give him one but signed Stephon Gilmore to a five-year, $65 million deal. Butler had 63 tackles with four interceptions and 17 pass breakups last season.

49ers "strongly interested" in drafting QB at No. 2
The San Francisco 49ers have been open about their desire to trade down from the No. 2 overall selection, but if they do keep the pick, they are very interested in drafting their quarterback of the future in North Carolina's Mitchell Trubisky, according to Ian Rapoport of NFL Network:

According to several sources with knowledge of the team's thinking, the 49ers are still strongly considering taking a quarterback second overall. That would be somewhat of a surprise, considering they signed presumptive starter Brian Hoyer and Matt Barkley in the offseason -- and they have Redskins quarterback Kirk Cousins potentially as an option for 2018. Taking a quarterback high would likely end any chance at Cousins.

But the team does not yet have a long-term answer at quarterback, and those who know coach Kyle Shanahan well insist North Carolina QB Mitchell Trubisky would best fit what he does on offense. Trubisky is considered by some to be the top QB in the class, though evaluations at this position differ more greatly than any other spot in this draft.

San Francisco has done extensive homework on each of the top passers. If the 49ers are on the clock and poised to take Trubisky -- over players like LSU's Leonard Fournette or Stanford's Solomon Thomas -- it could create an interesting dilemma.

Smokescreens trying to force Browns to take Trubisky with top pick?
The Cleveland Browns have also been open about their desire to draft Trubisky, even debating taking him with the No. 1 overall pick over Texas A&M defensive end Myles Garrett.

Because of that, San Francisco's interest in Trubisky - and even the Chicago Bears' reported interest in him at No. 3 - are likely smokescreens to try and get the Browns to pull the trigger on Trubisky with that top pick, allowing Garrett to fall, according to ESPN Cleveland's Tony Grossi.

Grossi: "Don't be surprised if they secure a trade up from 12 BEFORE the draft, use the number one pick on Trubisky, go D after that."

Grossi: "It comes down to whether they would rather have Trubisky and Solomon Thomas or Watson and Garrett."

Grossi: "It seems to me that the Browns are being manipulated into trading up. They're spooked that someone is taking Trubisky b4 12."