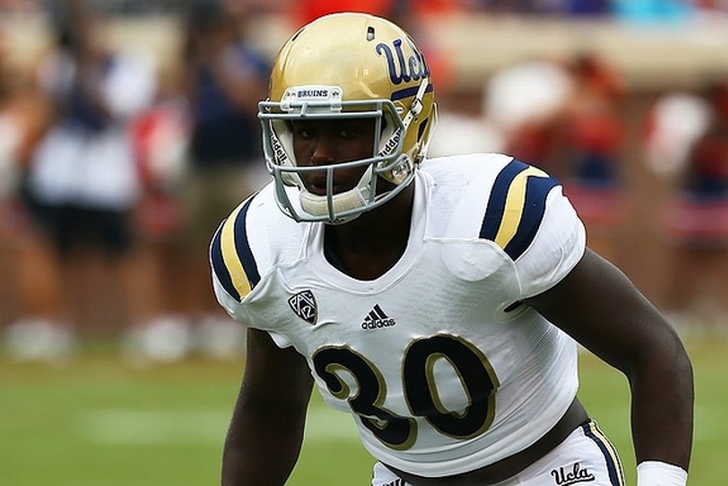 The NFL Draft continues on Friday night with the second and third rounds following an extremely eventful first round, headlined by Ole Miss OT Laremy Tunsil's social media accounts being hacked and admission of accepting money from school officials. Rumors are swirling about more draft day trades and potential landing spots for top prospects who fell out of the first round, including UCLA linebacker Myles Jack. Check out all the latest news and rumors below:

Browns looking to trade top pick in the 2nd round

The Cleveland Browns currently hold the No. 32 overall pick, or the first pick in the second round, but they may not have it for long.

According to Pro Football Talk's Mike Florio, the Browns are fielding calls about trading that selection:

Per a league source, the Browns are and have been fielding calls regarding a possible trade that would result in yet another trade down — and yet more extra draft picks for a team that is stockpiling building materials for its rebuilding effort.

Cleveland should have several offers for the pick as UCLA linebacker Myles Jack, who was expected to be a top 10 pick, is still available due to concerns about the knee injury he suffered during his college season. The Browns also traded back in the first round with the Titans, moving from the No. 8 pick to No. 15 in the first round. The move also gave Cleveland an extra third round pick and a second rounder in 2017.

The #Cowboys are attempting to trade up with the #Browns at No. 32, source said. The likely target is a pass-rusher.

Myles Jack is certainly an option for Dallas, but their desire for a pass rusher certainly puts Clemson defensive end Kevin Dodd in play.

Broncos no longer looking to trade for Kaepernick
Denver traded up in the first round to draft Memphis quarterback Paxton Lynch with the No. 26 overall pick, and the move was enough for them to feel content with the QB's they have on their roster. General manager told 9News that the team is no longer pursuing a trade for 49ers QB Colin Kaepernick or Eagles QB Sam Bradford.

“Yeah we can end that. We’re thrilled we added Paxton. We think he can have a long career and he can be that guy. We’re not going to put too much pressure on him too early, break him in slowly but we’re really thrilled that he’s a guy with a lot of upside and he’s going to continue to get better.”

Lynch figures to backup Mark Sanchez, but will compete for the starting job.

Cowboys tried to get Lynch
Dallas drafted running back Ezekiel Elliott with the No. 4 pick in the draft, but according to ESPN's Todd Archer, they tried to trade back in the first round to draft Lynch.

According to sources, the Cowboys had discussions with the Baltimore Ravens about dropping back from the No. 4 pick to No. 6 and had talks with a number of teams later in the first round, notably the Seattle Seahawks at No. 26, in looking to select Memphis quarterback Paxton Lynch.