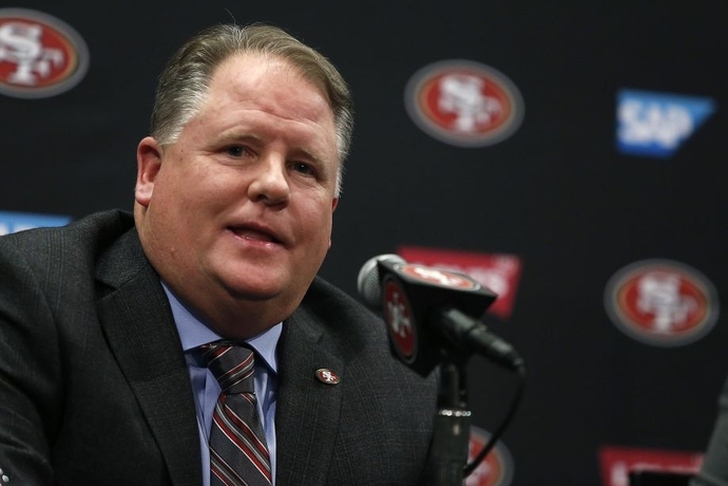 With the NFL Draft is approaching, teams are starting to focus on the top prospects before the first round at the end of April. Until the draft starts, there will continue to be plenty of draft rumors, news and speculation in the coming days. Check out the latest and greatest of those offseason rumors below:

49ers to keep Kaepernick, pass on drafting QB?
The San Francisco 49ers have been heavily tied to Cal quarterback Jared Goff with the No. 7 overall pick in the draft, but it now appears they may go in a different direction. According to NFL Network's Ian Rapoport, the 49ers won't cut Colin Kaepernick before his contract becomes fully guaranteed on Thursday - and also won't trade Kaepernick unless they're "blown away" by a trade offer.

Keeping Kaepernick would insinuate that San Francisco is content with moving forward with him and Blaine Gabbert as their two QB options for next season, meaning they will likely pass on a quarterback in the draft. Look for them to target Florida cornerback Vernon Hargreaves III with their first round pick.

Eagles interested in Kevin Hogan?
New Philadelphia head coach Doug Pederson and team owner Jeffrey Lurie have expressed interest in drafting a quarterback this year, and that search has led them to Stanford's Kevin Hogan, according to DraftInsider.net's Tony Pauline.

Browns looking for wide receiver help
The Cleveland Browns are expected to take North Dakota State quarterback Carson Wentz with the No. 2 overall pick in the draft, but new head coach Hue Jackson says they also need to make sure they have the weapons to make any quarterback successful.

“It’s an area we need to address obviously,” Jackson said. “I’ve gone on record before saying that I like to have bigger, faster guys play the position.

"We feel like we need to have some great play at the wide receiver position, whether it's from the slot, certainly outside. I think what we lacked last year in terms of production was a little bit of what (former Browns receiver) Miles (Austin) brought in small doses the year before, the ability to make the contested catch, move the chains on third down when you need a guy to make a play for you.”