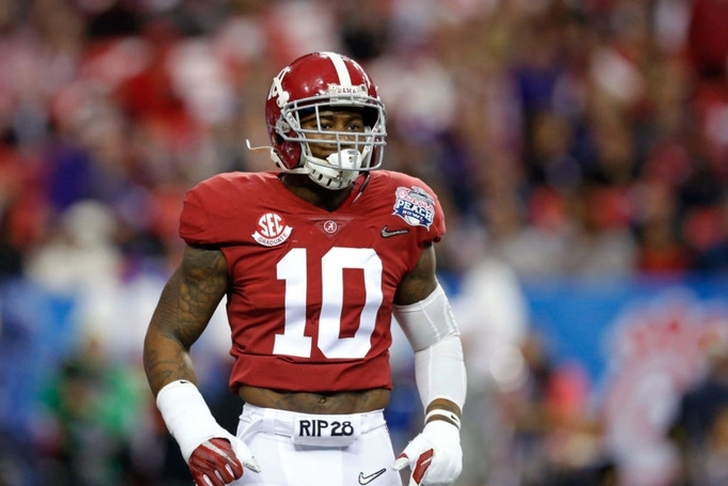 The start of the 2017 NFL Draft is less than two weeks away and teams around the league have turned their full attention towards it. Al 32 teams are using their final visits with prospects and making their final evaluations. It's silly season, which means there are plenty of draft rumors to sort through. Here are all the latest 2017 NFL Draft rumors and news you need to know from around the NFL.

Reuben Foster's Shoulder Not Healed?
It appears that the shoulder injury Alabama LB Reuben Foster is dealing with has yet to heal properly.

Phil Savage also noted that he does not think Reuben Foster's stock is going to be severely affected & that he's LB1.

That could cause Foster to slide slightly during the NFL Draft, although Savage clearly doesn't think that's the case. Still the shoulder issue is a concern around Foster, as is his outburst at the NFL Combine that resulted in him being sent home early. With the doubts around Foster's health, and thus ability to contribute in year one, he could slide out of the Top 10.

Who Wants To Move Down?
As is often the case, teams at the top of the NFL Draft are trying to trade down. Peter King of Sports Illustrated has heard three teams are trying the hardest to move down: the 49ers (No. 2 overall), Bears (No. 3 overall) and Jets (No. 6 overall). He also mentions that Browns are the team willing to move up, if they want to land a QB. But although those teams are trying to move down, it doesn't mean they will. It takes two teams to trade and in a deep draft class at several positions (read: not QB), there might not be enough interest to justify a move down. Plus, King mentions another QB the Browns could target at No. 12 and not have to move up to get Mitchell Trubisky.

Texans Love Mahomes?
With Brock Owseiler gone, the Texans are again searching for a franchise QB. Tom Savage is the current projected starter and the Texans have shown interest in several of the top QBs in this year's draft. Near the top of Houston's list is Texas Tech QB Patrick Mahomes, per Tom Pelissero of USA Today.

"A lot of BS flies this time of year, but file this away: One NFL coach who’s done homework on all the top QBs told me the word is O’Brien absolutely loves the cannon-armed Mahomes," writes Pelissero. "O’Brien wouldn’t be alone – based on conversations I’ve had, it wouldn’t be a surprise if Mahomes is one of the first two quarterbacks taken."

That's exactly what the latest Chat Sports Mock Draft projects, as I've got Mahomes going No. 13 overall to the Cardinals. That's backed up by a report from SI's Peter King, who says the Browns or Cardinals could take Mahomes in the top half of round 1.