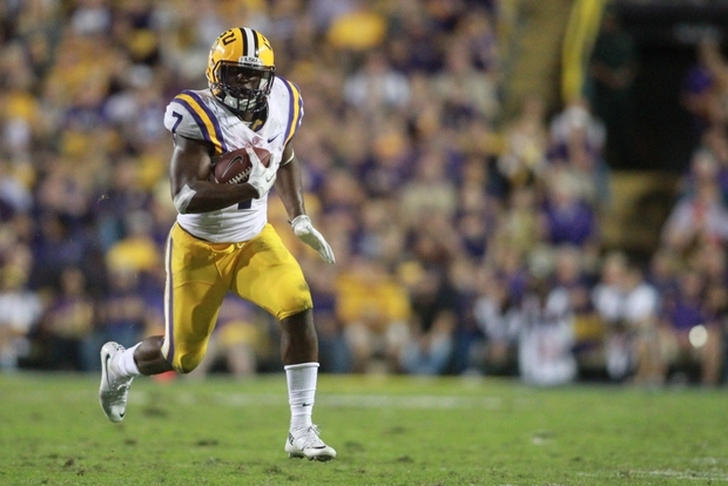 The start of the 2017 NFL Draft is just over a week away and teams around the league have turned their full attention towards it. All 32 teams are using their final visits with prospects and making their final evaluations. It's silly season, which means there are plenty of draft rumors to sort through. Here are all the latest 2017 NFL Draft rumors and news you need to know from around the NFL.

Browns-Jets Talking Trade?
The biggest NFL Draft rumors of the day focuses on a potential Jets-Browns trade. Charlie Campbell of Walterfootball.com reports the two sides have discussed a trade for the No. 6 overall pick, with the Browns moving up from No. 12 to grab North Carolina QB Mitchell Trubisky.

The NFL Trade Value Chart has the Jets winning their version of the trade by 158 points, the equivalent of a mid 3rd rounder. The Browns' version gives Cleveland an 87 point advantage, roughly the same as a compensatory third round pick.

49ers Visit With Peppers, Fournette And Others
The 49ers brought in several prospects for a visit on Wednesday, headlined by LSU RB Leonard Fournette. Matt Barrows of the Sacramento Bee reports Fournette, Michigan S Jabrill Peppers, Iowa TE George Kittle, and Florida CB Teez Tabor. Wednesday was the last day for teams to host prospects. Fournette has been rumored as an option for the 49ers at No. 2 overall, while Peppers would likely be a round two (or trade up target). Tabor could go on Day 2, despite a terrible 40 time at the Combine. Kittle is a potential early day 3 target.

Patriots Latest Pre-Draft Visits
The Patriots don't have a first or second round pick (for now), which makes one of their pre-draft visits all the more interesting.

Ramczyk is a likely first round pick and even with a hip injury it would be a major surprise if he fell out of the first two rounds. That means the Pats wouldn't end up with Ramczyk, unless they managed to pull off a trade. Of course, this could easily just be the Pats doing their due diligence on Ramczyk.