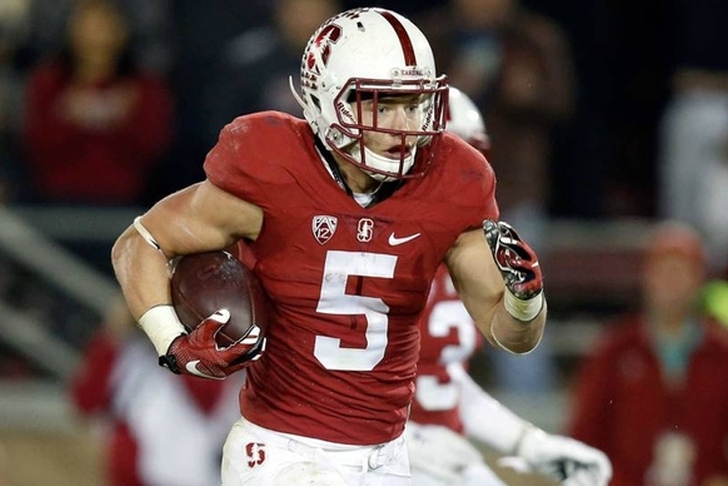 Panthers looking to acquire No. 2 overall pick from 49ers
The Cleveland Browns have said that they will not trade the top pick in the draft, but the No. 2 pick may be on the move. According to multiple reports, the Carolina Panthers are interested in trading up to get that pick from the San Francisco 49ers.

Lots of talk/rumor about Carolina (picking at No. 8) trying to obtain #49ers' No. 2 pick. Told there's nothing currently in the works.

Carolina currently holds the No. 8 overall pick and have been linked to several defensive players and LSU running back Leonard Fournette. However, this indicates that their preference is to take a defensive player even if they can't trade up.

Four teams most interested in Christian McCaffrey
Stanford's Christian McCaffrey is expected to be the third running back taken in the draft behind Fournette and Florida State's Dalvin Cook, and four teams have emerged as the most likely landing spots for him, according to 104.3 The Fan's Tyler Polumbus.

.@Tyler_Polumbus "From someone close to the situation, the four teams most interested in C.McCaffrey are #Eagles, #49ers, #Colts & #Broncos"

"I think Peterman at Pitt is a guy that I think is a project," Jaworski told NJ Advance Media on Tuesday. "And, he's a good project. When you look at the quarterback position, you have to look at development. Certainly with Eli, you're probably going to get a year or two more.

"I always believe that you should take a quarterback. Develop him. Get him onto the practice squad. You find out about him. That's a position that takes time. You can run out a wide receiver, at tackle and they can contribute quickly. Very few Dak Prescott come along and play the way he played last year. Peterman is a guy that I would take a good, hard look at."

Peterman, who transferred from Tennessee to Pitt after two seasons, passed for 2,855 yards with 27 touchdowns and just seven interceptions last year while rushing for 286 yards and three more scores.