NFL Draft Rumors: Mixon May Go In First Round, Browns Want Trubisky At No. 12 & More 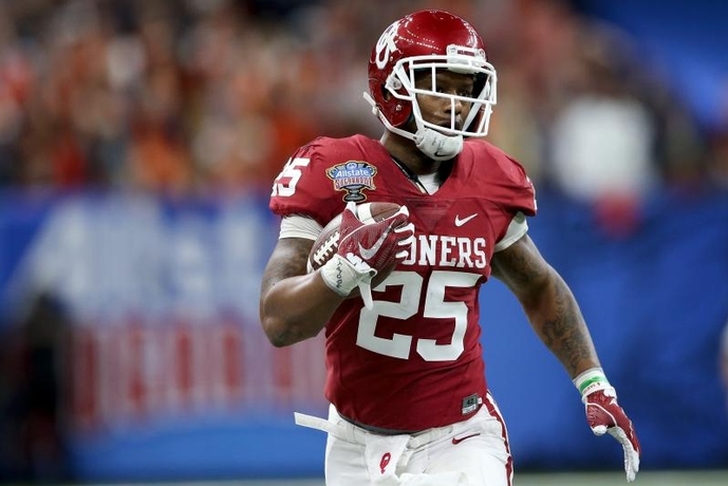 Joe Mixon may go in first round
Based on pure talent, there is no doubt that Oklahoma Sooners running back Joe Mixon would be an unquestioned first round pick. However, a 2014 incident in which he punched a woman in the face dropped him to a second- or third-round prospect, but he may end up going in the back end of the first round anyways, according to Mike Freeman of Bleacher Report.

In that scenario, I think they'd take Mentor's own Mitch Trubisky ahead of Deshaun Watson. I think the Browns like his arm talent and his upside potential despite the fact he started only 13 games. But it depends, in part, on how his private workout went with the club in Berea on Friday. Like other teams I've talked to, the Browns need to understand why Trubisky couldn't land the starting job his first two seasons at North Carolina. Even Bruce Arians told me at the NFL Annual meeting "that's always bugging me.'' Trubisky also let Watson steal the show at the NFL Combine. But many talent evaluators I've talked to like Trubisky's arm talent better, even though Watson has the "it'' factor and steps in big games.

Panthers unlikely to trade for No. 2 pick
A rumor surfaced last week that the Carolina Panthers were interested in making a trade to acquire the No. 2 overall pick from the 49ers, but such a deal is unlikely to happen, according to Joseph Person of the Charlotte Observer.

Panthers general manager Dave Gettleman has never shied away from trading up during the draft, but it has always been during the second or third days. And Gettleman said recently getting the Patriots’ second-round pick in exchange for defensive end Kony Ealy and a third-round pick gives Carolina a lot of flexibility.

But trading into one of the top overall selections takes a whole lot of currency, the specifics of which the Browns and Eagles laid out last year in this very scenario.

Philadelphia sent the Browns five picks – the No. 8 overall pick, third-round and fourth-round picks in 2016, a first-round pick in 2017 and a second-round pick in 2018 – to move up six spots to take Carson Wentz at No. 2.

The Eagles also received a fourth-round pick in 2017 from Cleveland.

These are the kind of blockbuster deals teams make if they want to draft a quarterback. It’s tough to envision the Panthers giving up that much for a guy who’s not even the best edge rusher in the draft.

The rumor centered around the Panthers looking to draft a "big time defender."