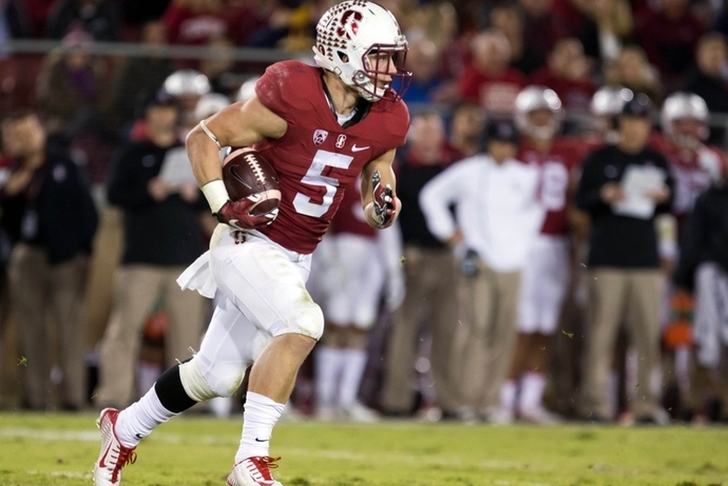 But Kiper said Wednesday he thinks the Panthers could turn to Stanford running back Christian McCaffrey if Fournette’s off the board.

McCaffrey checks a lot of boxes for the Panthers, who could use a game-breaking slot receiver and also are looking for a punt returner following the departure of Ted Ginn Jr.

The Panthers’ No. 1 punt returner at the moment is Damiere Byrd, who is untested and coming off knee surgery.

McCaffrey’s not a power back in the mold of Fournette and Jonathan Stewart. But he would offer a change of pace to Stewart and give defensive coordinators matchup issues, first and foremost determining where McCaffrey’s lining up.

Carolina is expected to draft either a running back or defensive lineman with their first round selection.

Richard Sherman trade most likely during the NFL Draft
The Seattle Seahawks have been seriously listening to trade offers for Pro Bowl cornerback Richard Sherman for the past few weeks, and while Seattle calls a trade "unlikely," the best chance of it happening will be during the draft, according to Mike Florio of ProFootballTalk.

So the best outcome, if a trade happens, would be for the Seahawks to pull the trigger when they have a clear shot at the guy they want, whether it’s pick No. 18 or No. 118 or anything in between.

It’s also possible for the Seahawks and another team to condition the trade on the player that the Seahawks want still being there when the pick Seattle would be getting is on the clock. If the player is there, the deal goes through; if not, no deal.

That approach would require a high degree of discretion and secrecy, but both sides would have a strong interest in keeping things quiet. So don’t be surprised, then, if things remain quiet for the next three weeks, with the first hint of a deal coming once the Commissioner strolls to the podium and declares to the football-following world, “There has been a trade.”

Sherman, who turned 29 last week, had 58 tackles with four interceptions and 13 pass breakups last season. He has spent his entire six-year NFL career with the Seahawks.