NFL Draft Rumors: Falcons Looking To Trade Up, Jags Interested In Watson With No. 4 Pick & More 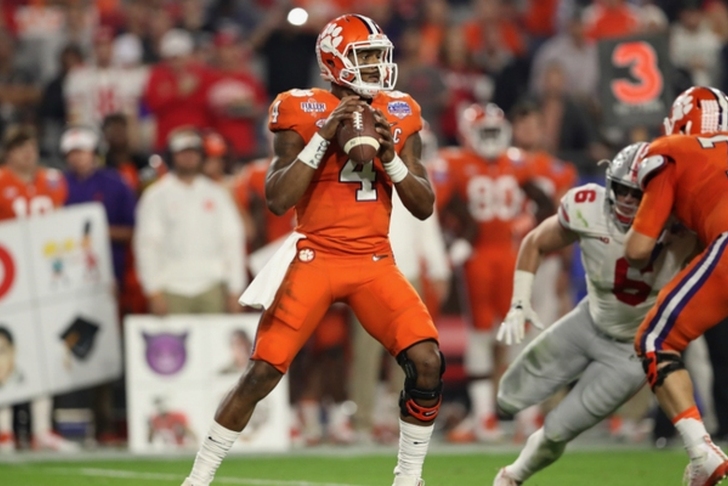 The 2017 NFL Draft is today, and teams are making their final preparations before the first round kicks off tonight. It's silly season, which means there are plenty of draft rumors floating around. Several of those will end up being just smokescreens, but we're here to help you sort through what's real and what's not. Here are all the latest 2017 NFL Draft rumors and news that you need to know from around the league.

Jaguars to take Deshaun Watson with No. 4 pick?
The Jacksonville Jaguars have been rumored to be trying to find a potential replacement for quarterback Blake Bortles, and they appear to have found a guy they like. According to Bleacher Report's Jason Cole, the Jags may take Clemson's Deshaun Watson with the No. 4 overall pick.

And there is growing chatter about Deshaun Watson to #Jaguars at No. 4. #QBHysteria

Saints targeting Derek Barnett with No. 11 pick
Watson has also been linked to the New Orleans Saints, but they seem ready to add help on defense. According to Jason La Canfora of CBS Sports, the Saints will take Tennessee defensive end Derek Barnett if he's available.

Knew it wouldn't be long til I already wanted to update my mock draft. If Saints don't trade out of 11 and Barnett is there, they'll pounce

Barnett had 56 tackles, 19 tackles for loss and a career-high 13 sacks last season for the Vols.