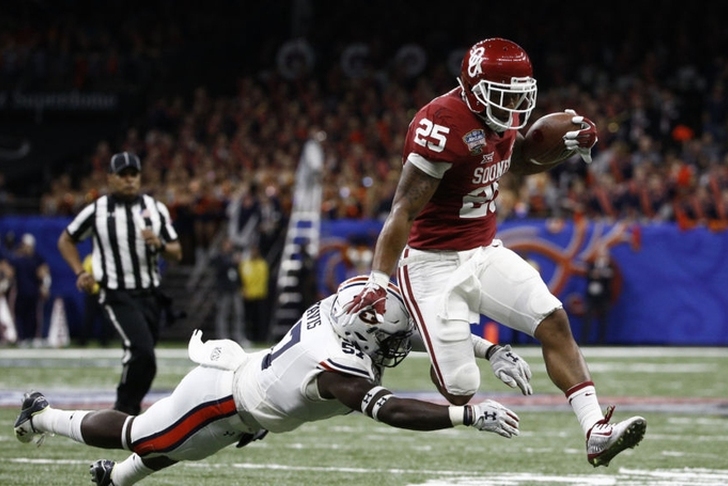 Gareon Conley part of rape investigation
Former Ohio State Buckeyes cornerback Gareon Conley, projected to be a first round round pick, is now being investigated by police after being accused of raping a woman, according to NFL.com:

Ohio State cornerback Gareon Conley, considered a top defensive prospect in this week's NFL draft, is being investigated by police after he was accused of rape by a woman earlier this month, Cleveland police confirmed to NFL.com.

Conley, 21, has not been charged or arrested in connection to the alleged incident, according to Cleveland Police Dept. spokeswoman Jennifer Ciaccia. No warrant has been issued and the department's sex crimes and child abuse units are investigating, Ciaccia added. A spokeswoman with the Cuyahoga County Prosecutor's Office told NFL.com that the police have not turned over any information related to the investigation.

Conley has not been interviewed yet by police. Investigators have reached out to him and are in the process of scheduling an interview with him, Ciaccia said.

Conley, who will not attend the draft in Philadelphia, had 26 tackles with four interceptions and eight pass breakups last season.

Eagles interested in Joe Mixon
Many teams have dropped former Oklahoma Sooners running back Joe Mixon off their draft board due to a 2014 incident in which he punched a woman in the face. However, the Philadelphia Eagles still have him on their draft board and are "very interested" in him, according to Eliot Shorr-Parks of NJ.com:

Less than a week away from the start of the 2017 NFL Draft, Oklahoma running back Joe Mixon is still on the Eagles' draft board, according to two people familiar with the situation who requested anonymity have informed NJ Advance Media.

Not only do the Eagles still have Mixon -- who was video taped punching a woman in 2014 -- on their board, but they are very interested in him, have been doing extensive research into him off-the-field and would be willing to draft him.

Bengals demanding 1st round pick for A.J. McCarron
The Cincinnati Bengals have made backup quarterback AJ McCarron available for trade, but are demanding at least a first round pick in return, according to Ian Rapoport of NFL Network:

On the veteran QB market: If the #Bengals are going to trade AJ McCarron it will require a 1st round pick -- at least. Pretty unlikely.