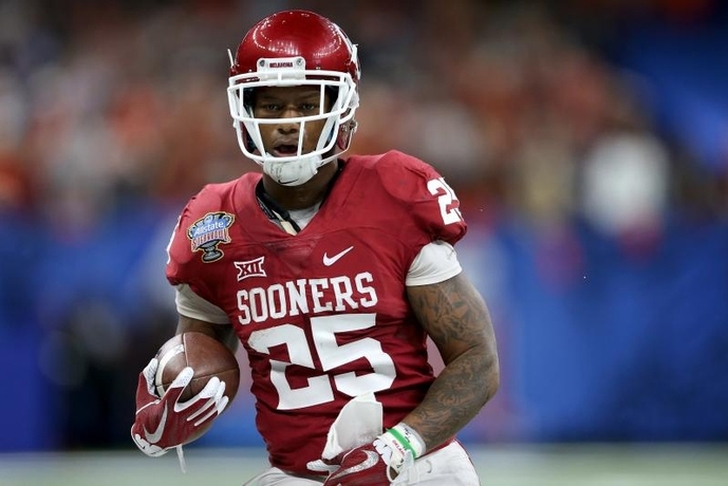 The start of the 2017 NFL Draft is less than three weeks away, and with most of the free agency frenzy over, teams around the league have turned their full attention towards it. Here are all the latest 2017 NFL draft rumors and news you need to know from around the league.

Colts very interested in Joe Mixon
Former Oklahoma running back Joe Mixon is quickly rising up draft boards to the point where he is now expected to be a first-round pick, and according to Bleacher Report's Mike Freeman, a scout thinks the Indianapolis Colts would take him with the No. 15 pick.

This is where (Stanford RB Christian) McCaffrey goes. Perfect fit there. I (also) have one sleeper there: (Oklahoma RB) Joe Mixon. Longest of long shots, but I can tell you the Colts are taking a hard look at him. A lot of teams are infatuated with Mixon, but so far no team seems crazy enough to take him in the first. But I think that owner (Jim Irsay) is crazy enough to do it.

Mixon wasn't originally considered to be picked in the early rounds of the draft due to a 2014 incident in which he punched a woman in the face. He was suspended for the entire 2014 season because of the incident.

Chiefs looking for that next CBB-to-NFL TE conversion. Don't be surprised if they sign Mo Alie-Cox, who is the front runner of that group

Alie-Cox has been on the NFL's radar for the last few years as an athletic 6-foot-7, 250-pounder. He held a workout on Tuesday with more than 15 teams in attendance, and is eligible to sign with a team immediately because he was eligible for last year's draft.

5 teams interested in UTEP RB Aaron Jones
Mixon, Leonard Fournette, Dalvin Cook and Christian McCaffrey are the headliners among the running backs in the NFL Draft, but many other teams are also showing interest in Aaron Jones, a fast-rising prospect from UTEP, according to Kristian Dyer of the Sporting News.