NFL Draft Rumors: Colts Looking To Trade Down Again, Patriots Interested In Ridley, And Rosen Could Slide Out Of Top 10 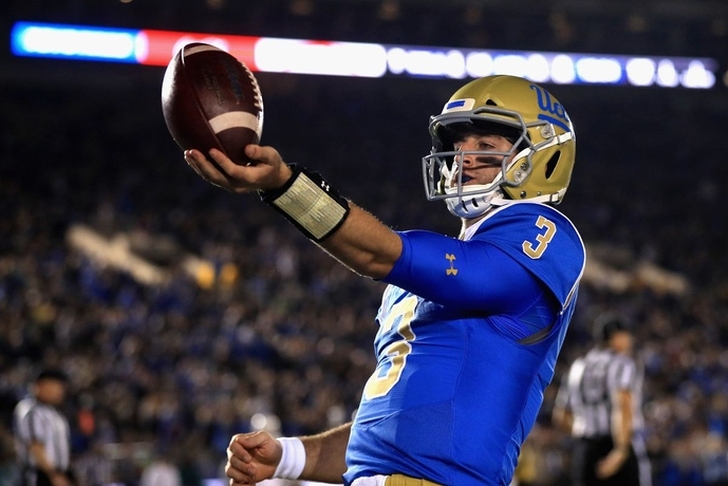 The 2018 NFL Draft is now just over a week away, and as such, teams are narrowing down their top targets, particularly when it comes to the top few overall picks. The top quarterback prospects are taking up most of the spotlight, and we have the latest on which one is the most likely to slide out of the top 10. Here are the latest NFL Draft news and rumors you need to know:

The Colts' roster is in bad shape and many around the league expect them to trade down from the No. 6 spot to gain more draft picks. As you'll recall, Indianapolis traded down from the No. 3 spot in a deal with the Jets last month. I would keep an eye on teams like the Bills and Cardinals as potential trade partners should their quarterback of choice make it to Indy's pick at No. 6.

Patriots interested in Calvin Ridley
The New England Patriots need wide receiver help after losing both Danny Amendola and Brandin Cooks this offseason, and that has them interested in Alabama's Calvin Ridley, according to NFL Network's Ian Rapoport.

Here is one to keep an eye on: The #Patriots are hosting #Bama WR Calvin Ridley on a pre-draft visit today, source said. A rare first-round receiver for them? He was at the #Bears yesterday.

Josh Rosen could slide out of top 10
All of the top four quarterbacks in the draft are expected to be picked well inside the top 10, but if one prospect will slide out of that range, it will be UCLA's Josh Rosen, according to Jeremiah.

Everyone I've talked to around the league believes there will be three quarterbacks selected within the first five picks of the draft. That means someone out of the "big four" QBs -- USC's Sam Darnold, Wyoming's Josh Allen, Oklahoma's Baker Mayfield and UCLA's Rosen -- could slide a little bit. When I bring up this topic with personnel executives, Rosen is the one they point to as the most likely slider of the group. I personally believe Rosen is the second-best quarterback in the draft class behind Darnold, but the former Bruins QB might fall out of the top 10. Why? Part of it comes back to the durability concerns for Rosen that we've heard about throughout the process. We'll continue to hear people question his intangibles as a leader, but that's far less of a concern than the fact that he missed half his sophomore year with a shoulder injury and suffered two concussions last season.

Rosen passed for 3,756 yards with 26 touchdowns and 10 interceptions in 11 games last season. He is projected to go No. 3 overall to the Jets in Chat Sports' latest mock draft.