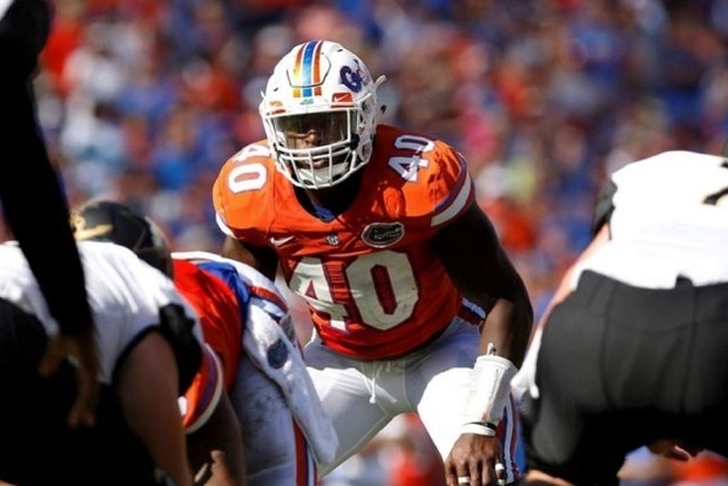 The 2017 NFL Draft is today, and teams are making their final preparations before the first round kicks off tonight. It appears as if the first pick as already been made, as the Cleveland Browns will reportedly take Myles Garrett No. 1 overall. Here are all the latest 2017 NFL Draft rumors and news that you need to know from around the league.

Chiefs may trade into top 10
The Kansas City Chiefs currently have the No. 27 overall pick, but they don't seem satisfied with that. According to NFL Network's Ian Rapoport, they are looking to trade into the top 10:

My understanding of what is happening right now: Everyone is calling everyone in the top 10, feeling each other out. Nothing dramatic (yet)

The team making the most noise right now about moving up, maybe even into the Top 10 — The #KCChiefs. Due diligence or…?

Dolphins want Florida LB Jarrad Davis
Another linebacker expected to go late in the first round is Florida's Jarrad Davis, but he won't have to wait too long to hear his name called. According to Mike Florio of ProFootballTalk, the Miami Dolphins will draft Davis if he's available with the No. 22 pick.

If linebacker Jarrad Davis is still on the board when the Dolphins go on the clock, chances are Davis won’t be on the board much longer. Per a source with knowledge of the situation, the floor for Davis is believed to be pick No. 22, Miami.

The ceiling isn’t quite clear. The 2017 PFT Worst Mock Draft Ever has Davis going to Washington at No. 17. The Lions at No. 21 also are a possibility.

Davis, who played at Florida, is expected to compete immediately for the starting job as an outside linebacker in a 4-3 scheme.

MORE DRAFT RUMORS: Falcons Looking To Trade Up, Jags Interested In Watson With No. 4 Pick & More

Christian McCaffrey to be drafted before Leonard Fournette?
LSU's Leonard Fournette has been thought to be a lock to be the first running back taken in the draft, but that may not be the case anymore. According to NFL Network's Daniel Jeremiah, Stanford's Christian McCaffrey may come off the board first. This is what he had to say when talking about the Carolina Panthers' options with the No. 8 overall pick:

If Leonard Fournette is off the board, I think there's a really strong chance they would select Christian McCaffrey. In fact, I wouldn't be shocked if they took McCaffrey over Fournette if both were available. This seemed crazy a few weeks ago, but that's what I've been hearing lately.

Here's the thing with McCaffrey--even teams with established RB's love him. They can use him so many ways. "He produces points" is the line

The San Francisco 49ers have expressed interest in taking Fournette with the No. 2 overall pick, but Chat Sports projects that he will be the No. 4 pick to the Jacksonville Jaguars. McCaffrey is projected to be the No. 8 overall pick by the Panthers.