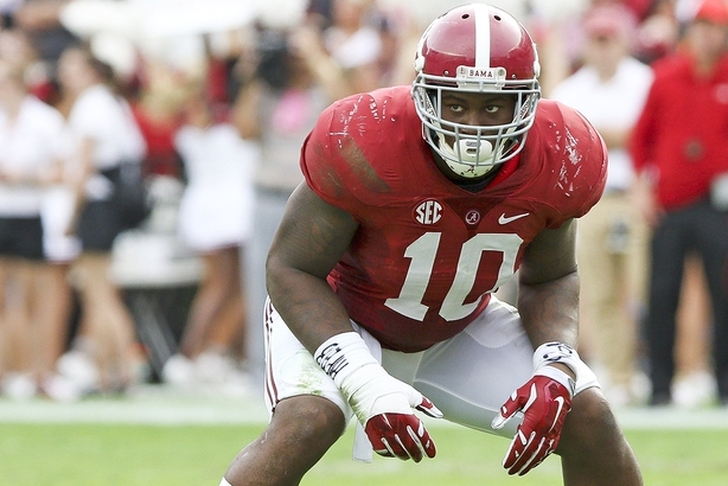 The start of the 2017 NFL Draft is less than a week away and that has the full attention of all 32 teams. It's silly season, which means there are plenty of draft rumors to sort through. Here are all the latest 2017 NFL Draft rumors and news you need to know from around the league.

Browns Owner Wants QB
The Browns have been heavily linked to North Carolina QB Mitchell Trubisky, and the latest from Jason La Canfora of CBS Sports is that owner Jimmy Haslem is the one pushing to find a franchise QB.

Hue Jackson has built up a lot of currency and coach/front office divides continue there. As process has gone on owner been asking about...

QBs and as decision makers go around the room why so few banging drum for a QB at 1st overall. They'd love to solve this via trade...

Garoppolo would appease the owner and buy some time and allow them to still take Garrett. Belichick knows all of this of course. Hold tight

There's a lot there, namely that the front office is considering Trubisky. However, there are conflicting reports about who wants Garrett and who wants Trubisky. Haslem wanting a QB shouldn't be a major surprise, but the expectation is that Myles Garrett will be the No. 1 overall pick. The other tidbit is that, once again, the Browns have been linked to Jimmy Garoppolo. That's a trade rumor, that despite Sashi Brown saying the Browns won't trade for a veteran QB, just won't die.

Reuben Foster Latest
The pre-draft process has not been kind to Alabama LB Reuben Foster. Early on, there was buzz the 49ers could take him at No. 2. Since then, he was kicked out of the Combine for arguing with a hospital worker, reportedly has a shoulder injury that hasn't healed yet and might need a second surgery (think Shaq Lawson) and in the latest issue, failed a drug test at the Combine.

The good news for Foster is that his failed drug test isn't your standard tested positive for a drug. Rather, it was a diluted sample. The NFL treats the sample as a positive test, as it's a way to try to beat a positive drug test. However, Foster's reasoning behind it is pretty-straight forward: he was sick leading up to the Combine and drank a ton of fluids in an attempt to keep his weight. It's a cause of concern, but Josh Norris of Rotoworld reports there's still plenty of first round interest in Foster.

Malcolm Butler Trade
If there's a major Day One draft day trade involving in a player, it will likely be centered on Malcolm Butler. There hasn't been too much traction of late, but La Canfora reports the Saints and Patriots will continue to discuss a trade.

Saints and Pats expect to continue exploring a Malcolm Butler trade but simply might not be able to agree on trade compensation...

The Saints won't give up the No. 12 overall pick and it's unclear if the Saints will part with the No. 32 or if the Patriots would accept that in a trade. Mark Dominik of ESPN thinks the Pats would not. In a deep CB class, the Saints should be able to find a quality player with one of their first three selections.