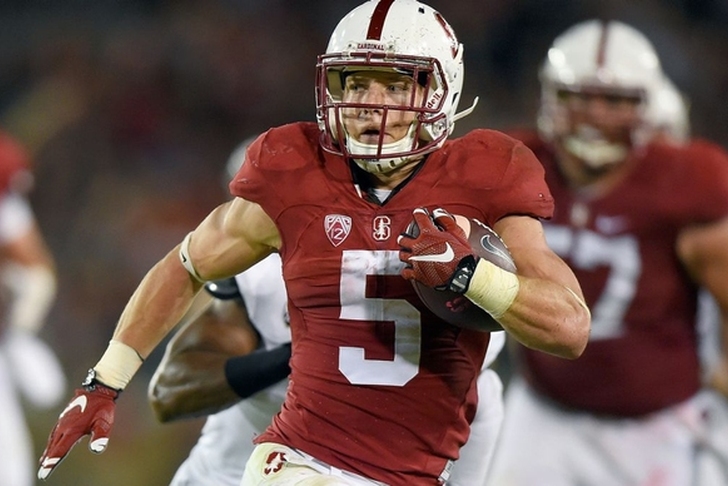 Browns looking to trade back into top 10
The Cleveland Browns hold the No. 1 and No. 12 picks in the first round, and want to draft both Texas A&M defensive end Myles Garrett and a quarterback. They're expected to use that top pick on Garrett, and they are looking to trade up from that No. 12 pick in order to get the QB they want, according to Peter King of The MMQBL

Cleveland at 12, if the Browns take Garrett number one (most likely scenario) and want to use their treasure trove of picks (12, 33, 52, 65, 108 this year, with a first- and three second-round picks next year) to move up from 12 to, say, 2, to ensure getting the quarterback they want. Spitballing only: But Cleveland from 12 to two makes a lot of sense. This would allow the Niners to still get a good player at 12 (Solomon Thomas? Christian McCaffrey? Mike Williams?), as well as Cleveland’s one next year and at least one other prominent pick.

King also says the San Francisco 49ers, Chicago Bears and New York Jets are the "most eager to move back" in the draft and are viable trade partners for the Browns.

Cleveland has identified UNC's Mitchell Trubisky as their top quarterback target, and are even contemplating taking him with the top pick. They are trying to trade up to ensure they get both Garrett and Trubisky.

Christian McCaffrey given draft guarantee
Stanford running back Christian McCaffrey may be picked in the top 10 of the draft (he has been heavily linked to the Carolina Panthers with the No. 8 pick), but if he falls to the teens, he has the guarantee from a team that they will draft him, according to Tony Pauline of DraftAnalyst.com.

The story circulating from insiders is that McCaffrey has received a draft guarantee from a team presently selecting in the teens -- the team has guaranteed McCaffrey they will select him if he’s still available when they are called to the podium.

The Philadelphia Eagles (No. 14 overall pick), Baltimore Ravens (No. 16 pick) and Washington Redskins (No. 17 pick) have all expressed heavy interest in McCaffrey throughout the pre-draft process.

Raiders still expected to draft a running back
The Oakland Raiders reportedly reached an agreement with retired running back Marshawn Lynch about him returning to the NFL and playing for them. Once they acquire him from the Seattle Seahawks, he is expected to be Oakland's starting running back.

However, adding Lynch doesn't mean the Raiders will avoid the position in the draft. In fact, they'll likely take one because of the depth in this year's class, according to Rob Rang of CBS Sports.

Adding Lynch to the Raiders' dynamic offense is sure to get Oakland (and fantasy football enthusiasts) excited, but do not expect McKenzie to ignore the position come draft day even if the anticipated trade goes through. The Raiders currently have just three running backs on the roster, with Taiwan Jones the most experienced of them. Jones, for what it is worth, ran once last season for minus-8 yards and has not yet scored a touchdown on the ground in 65 career NFL games. Adding Lynch would give the Raiders an obvious headliner, but the Raiders would still likely take full advantage of this year's depth at the position.

The Raiders have had meets with four running backs to this point in the pre-draft process - McCaffrey, Florida State's Dalvin Cook, Oklahoma's Joe Mixon and Clemson's Wayne Gallman.

Follow our NFL news page for all the latest NFL Draft news!