NFL Draft Rumors: Browns Considering Trubisky At No. 1, Two QBs In Top 10 And Falcons Trading Up 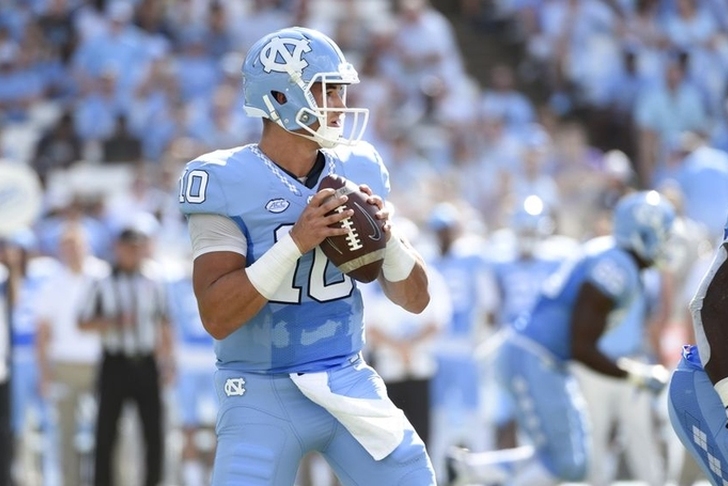 The start of the 2017 NFL Draft is less than a week away and it has the full attention of all 32 teams. It's silly season, which means there are plenty of draft rumors to sort through. With that in mind, here are all the latest 2017 NFL Draft rumors and news you need to know from around the league.

Browns Still Considering Mitchell Trubisky?
Much like the Jimmy Garoppolo rumor, the rumor of the Browns taking someone other than Myles Garrett No. 1 overall simply won't go away. Michael Lombardi of The Ringer continues to push it as an option and now Mary Kay Cabot of the Cleveland Plain-Dealer says it could happen. Sashi Brown, the head of the Browns front office said just a few days ago that the Browns had pretty much finalized their pick. Most expect that to be Garrett, the clear cut top player in the 2017 NFL Draft. But Cabot, and others like Lombardi continue to push Trubisky as an option. The Browns like Trubisky, that much is clear, but taking anyone other than Myles Garrett would be one of the biggest surprises, and mistakes, in recent draft history.

Two QBs In The Top 10?
Sticking with the QB theme, Charlie Casserly of NFL Network reports that there could very well be two QBs taken before the Bills even get a chance to (potentially) pick one.

"I had a general manager tell me that two quarterbacks will be taken before the Buffalo Bills pick at No. 10," Casserly, a former NFL GM, said. "Two quarterbacks in the top nine. That'd be a shocker."

If that's the case, the logical choices are the Bears, Jets and then the Browns (via trade up or doing a stupid thing at No. 1). The Bears have been linked to QBs like Deshaun Watson while the Jets have checked out several QBs this year. Matt Miller of Bleacher Report suggests a similar situation, but it would no doubt be a major surprise for two QBs to go that early.

Falcons Trading Up?
The current Falcons regime has not been shy about moving up in the NFL Draft and they might do so again this year. D. Orlando Ledbetter of the Atlanta Journal-Constitution reports the Falcons will try to move up in the draft.

Same here. They're will try to move up to get a pass rusher! https://t.co/B1NHYPVYfM

It's an interesting idea, since the Falcons could very well stand pat and get a really good edge rusher in the first round. Or, perhaps, there's someone the team loves and are willing to trade up to get.