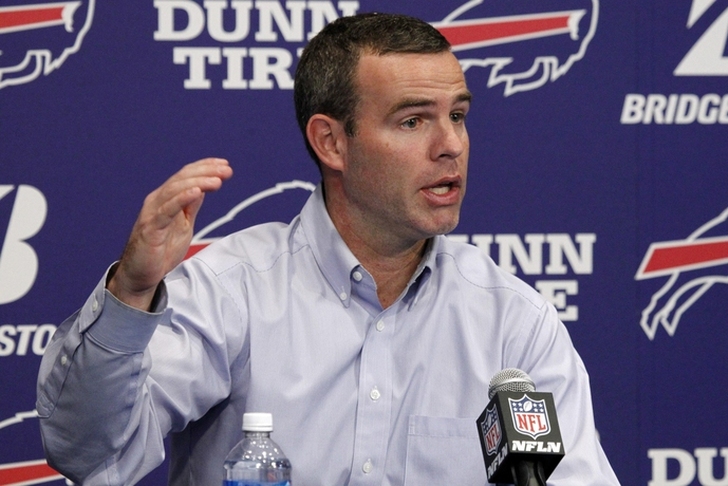 The 2018 NFL Draft is less than a month away and will be held at AT&T Stadium from April 26-28. As such, teams are really starting to go through all the prospects and narrow down their top targets, particularly when it comes to the four quarterbacks at the top of the draft. Here are the latest NFL Draft news and rumors you need to know:

Bills want to trade for No. 2 pick
The Buffalo Bills are known to be targeting a quarterback in the draft but were out of position to take one of the top prospects with no picks until the No. 12 selection. However, they're looking to fix that by attempting to get the No. 2 overall pick in a trade with the New York Giants, according to ESPN's Todd McShay.

I'm hearing a lot of buzz that a deal could happen between Buffalo and the Giants at No. 2. The strong-armed Allen fits the AFC East, and the Bills can be patient with him as AJ McCarron can start in 2018. Allen has the highest upside of the quarterbacks in this class, but he also might need the most polish.

Browns to acquire third first-round pick?
The Cleveland Browns are expected to take a quarterback with either the No. 1 or No. 4 overall pick, but with a roster in need of talent, they're hoping to get a third pick in the first round.

The Seattle Seahawks currently have the No. 18 overall pick in the first round of the 2018 NFL Draft, but it's the only pick they have in the top 120 selections. As such, the Seahawks are looking to trade down in order to acquire more picks and have a potential deal in place with the Browns, according to NFL analyst Chad Forbes.

Heard from multiple folks after #Browns go QB 1st Overall and Chubb/Barkley/Denzel 4th Overall... They'll trade back into Rd1 with #Seahawks. Rumors this time of Yr are everywhere, but I've been hearing this one since before combine... Seahawks only pick in Top 120 is 18th.

Seattle is starting a rebuild after cutting Richard Sherman and trading Michael Bennett, and need picks to help them in that process.

Evans had 74 tackles with 13 tackles or loss and six sacks last season.