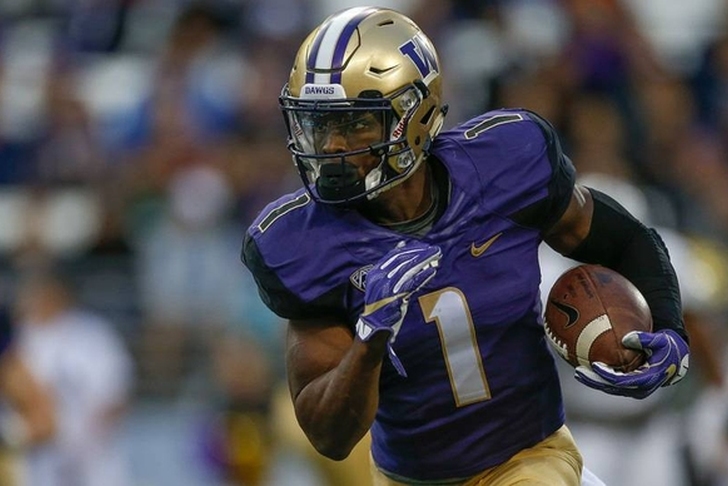 Bears may draft QB with No. 3 pick
After the Chicago Bears signed Mike Glennon as a free agent to be their starting quarterback, they were no longer expected to be targeting a quarterback with the No. 3 overall pick in the draft. However, many teams around the league still expect Chicago to draft a QB with that picks, according to Dane Brugler of CBS Sports.

Going back to the demand, the Browns appear locked in with Myles Garrett at No. 1. The 49ers at No. 2 are possible and with a new regime. But several around the league expect the Bears at No. 3 to draft the first quarterback off the board.

For many, once the Bears signed Mike Glennon, that eliminated the notion of Chicago drafting a quarterback at No. 3 overall. But there are several around the league who aren't convinced, pointing to Trubisky or Watson as likely candidates.

Glennon signed a contract worth starter money, but he is far from a proven commodity. On the surface, his deal (three years, $45 million) looks like it would preclude drafting a quarterback high, but it includes only $18.5 million guaranteed and could end up being only a one-year deal.

If Glennon turns out to be a Joe Flacco-like performer and helps the team win, then great – the Bears would have a strong two-deep at quarterback, giving them options. And if Glennon proves to be average (or below), then he is an expensive bridge quarterback keeping the seat warm until Trubisky or Watson is ready. Either way, the Bears are better off at the position.

Glennon spent the last two seasons as Jameis Winston's backup in Tampa Bay. Hewas the starter for part of his first two years with the Bucs before they drafted Winston, completing 57.9 percent of his passes for 4,025 yards with 29 touchdowns and 15 interceptions in 19 appearances.

Bengals interested in WR John Ross
The Cincinnati Bengals hold the No. 9 overall pick in the draft and have been linked to several defensive players, but have scheduled a last minute visit with wide receiver John Ross, according to NFL Network's Ian Rapoport.

At the last minute, the #Bengals scheduled a visit with speedy #Washington WR John Ross, source said. That’ll happen over the weekend.

However, ESPN's Todd McShay thinks they will address their need at quarterback instead and take Florida cornerback Quincy Wilson:

“Wilson has some of the best ball skills of any defensive back in this class, totaling 14 pass breakups and 6 interceptions,” McShay wrote. “The Cowboys need more big and physical corners like Wilson (6-foot-1½, 211 pounds) after seeing Brandon Carr and Morris Claiborne depart in free agency.”

McShay does not have the Cowboys drafting a defensive end with any of their picks in the first three rounds.

Anthony Brown and Nolan Carroll are currently projected to be Dallas' two starting cornerbacks with Orlando Scandrick serving as the nickel corner.