NFL Draft Rumors: 49ers' Options At No. 2, Corners Cowboys Are Targeting, Humphrey In Top 20 And More 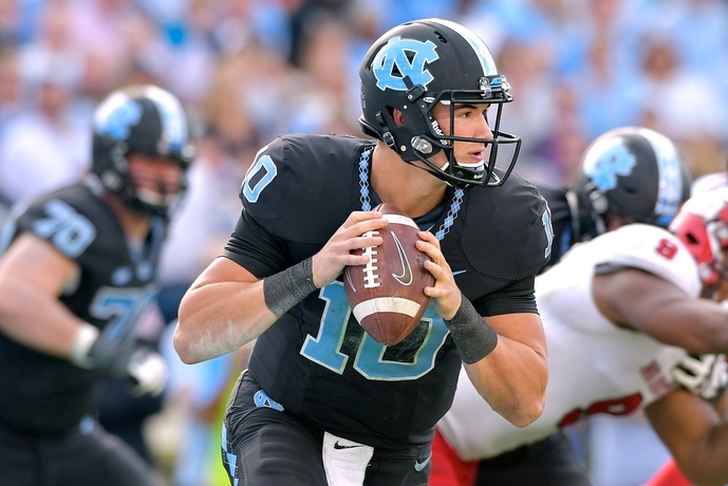 Where Will The 49ers Go At No. 2?
Assuming the Browns don't make a huge mistake and take someone other than Myles Garrett at No. 1 overall, the draft will truly start with the 49ers at pick No. 2. According to Peter Schrager of Fox Sports, there are a few players the 49ers are targeting.

2. 49ers interest in Trubisky has been real all along. So is Solomon Thomas and Jamal Adams. Want Trubisky? 49ers will listen. @NFLonFOX

It's worth noting that 49ers general manger John Lynch worked at Fox Sports before joining the Niners. The QB need is obvious, although most mocks have projected Thomas to the 49ers in the past few weeks. The interest in Adams is backed up by Matt Miller of Bleacher Report. It's an interesting fit, given the 49ers have Jaquiski Tartt and Eric Reid, who can both play strong safety. However, both players were drafted by the previous regime. With previously reported interest in Deshaun Watson and Leonard Fournette, perhaps the 49ers are simply trying to find a partner to trade down with.

Trading Up For Kizer?
The first three QBs off the board, in some order, are expected to Mitchell Trubisky, Patrick Mahomes and Deshaun Watson. The fourth is likely DeShone Kizer, who could slide to round two. However, Schrager reports a team could move into the back half of the first round to snag him.

3. DeShone Kizer could have a deal like Paxton Lynch a year ago and Teddy Bridgewater in 2014. Team trades UP into 25-32 range. @NFLonFOX

That's exactly what I projected in my most recent NFL Mock Draft. Moving into the late first round allows a team targeting a QB to get an extra year of team control and jump several teams in that range (or early second) who could take a QB.

Marlon Humphrey In The Top 20?
In a stacked corner class, Alabama CB Marlon Humphrey is one of the top ones. And Schrager expects he'll be an early first round pick.

6. Had a GM tell me he'd be "shocked" if Alabama CB Marlon Humphrey isn't taken in the top 20. @NFLonFOX

I have Humphrey going No. 14 overall to the Eagles, since he's a fit for their preferred style of corner. Things could get dicey, however, if there isn't a run on corners or the Eagles pick someone else. Still, expect Humphrey to be a first round selection this year.

CB Targets For Cowboys
With only Nolan Carroll signed to replace Morris Claiborne and Brandon Carr, the Cowboys are in need of CB help during the draft. Tony Pauline of Draftanalyst.com reports there are two particular names the Cowboys have interest in: USC's Adoree' Jackson and Clemson's Cordrea Tankersley.

"I’m told the Dallas Cowboys have Adoree' Jackson as a first-round target, and we’ve had the cornerback being selected by the team in our past three mock drafts," Pauline writes. "Another cornerback the team likes an awful lot is Cordrea Tankersley of Clemson. While I can’t imagine they’d take Tankersley in Round 1, he’s a name to remember for the Cowboys on Day 2 should they grab a pass rusher in the first frame."

Jackson could end up going in the second round if the Cowboys don't take him. Expect Dallas to target defense early and often in the 2017 NFL Draft.