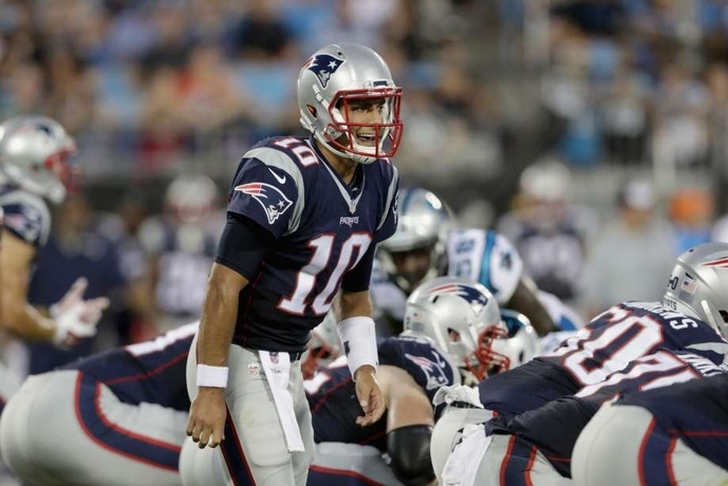 The start of the 2017 NFL Draft is less than a week away and it has the full attention of all 32 teams. It's silly season, which means there are plenty of draft rumors to sort through. With that in mind, here are all the latest 2017 NFL Draft rumors and news you need to know from around the league.

Patriots making Garoppolo available to Browns
The Cleveland Browns are reportedly very interested in Mitchell Trubisky and are debating taking him with the No. 1 overall pick over Myles Garrett. However, they may be able to acquire another quarterback in Jimmy Garoppolo, as the New England Patriots have reportedly lower their asking price for him, according to Pete Prisco of CBS Sports.

I will say it again: There is no rationale football reasoning for keeping Garoppolo if Brady is playing 3-4 more years. None

No. 12 and a second next year gets Jimmy G for Cleveland

Cleveland has maintained their interest in Garoppolo throughout the offseason, but haven't been willing to meet New England's asking price. The Patriots were previously asking for both a first and second round pick in this year's draft for Garoppolo, who passed for 496 yards with four touchdowns and no interceptions in two starts this past season.

The 49ers would move down in hopes of drafting John Ross, who ran the fastest 40-yard dash time in combine history (4.22 seconds) and caught 81 passes for 1,150 yards and 17 touchdowns last season for Washington.

It's unclear if the Colts have any targets in mind with their desire to move back.

Seahawks not looking to draft a tight end
The Seattle Seahawks had been linked to several tight ends in the draft with Jimmy Graham entering the final year of his contract, but because they re-signed backup Luke Willson, they are not expected to add another player at the position, according to John Boyle of Seahawks.com:

If the Seahawks had lost Luke Willson in free agency, tight end might look like a position of need heading into the draft, but with Willson re-signing, Jimmy Graham fully healthy this offseason and Nick Vannett expected to make bigger contributions in his second season, tight end appears to be a pretty solid position for Seattle...

Another big plus is that Graham is fully healthy and able to take part in offseason workouts when at this time last year he was rehabbing a serious knee injury...

Yet even with Graham, Willson and Vannett, as well as Marcus Lucas, who spent last season on the practice squad, and Chris Briggs, who signed a futures contract earlier this offseason, the Seahawks could still be intrigued by what is regarded as a very strong tight end class. Re-signing Willson kept the Seahawks from feeling like they have to come out of next week’s draft with a tight end, but that doesn’t necessarily mean they won’t find one at some point next weekend.

Graham had his best year with the Seahawks last season, catching 65 passes for 923 yards and six touchdowns .