NFL Draft 2016: Last-Minute Rumors And News For Tonight’s First Round 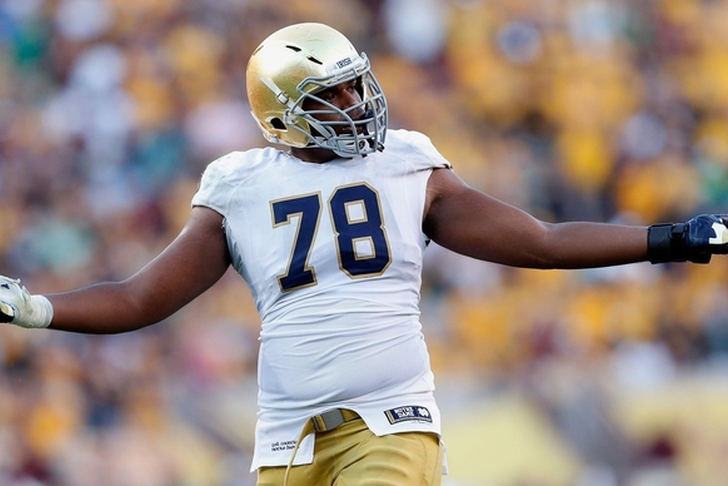 The NFL Draft is just a few hours away and there are plenty of draft rumors floating about. The rumors around the draft aren't limited to just the prospects who could be selected, but also current players who could be moved on draft day. There are plenty rumors, news and speculation floating around the NFL, so check out the latest and greatest of those NFL rumors below.

NOTE: We'll update this post as more rumors and news are reported leading up to the draft.

Cowboys And Browns Looking To Move Up?
Could the Cowboys and Browns make a move into the late first to snag their QB of the future?

Sound Paxton Lynch alert: CLEV and DAL have inquired about trading back into back part of first round, per sources. Let's see if it heats up

The Cowboys and Browns are both picking early in the second round, and a trade up might not be that costly.

Trades Aplenty?
There have already been two trades atop the draft this year and there might be more.

Sounds like there could be a slew of potential trades tonight with teams on the clock. Could be a fun night in Chicago.

The most likely trade down candidate is the Cleveland Browns, as detailed below.

Who Will The Chargers Take?
There are conflicting reports every where about who the Chargers will take No. 3 overall. Matt Miller of Bleacher Report is adamant the Chargers are taking Ronnie Stanley. Alex Marves of Fox Sports says that won't be the case. That means Laremy Tunsil, Jalen Ramsey or DeForest Buckner could be the selection.

Ultimately, here's where we are with the No. 3 overall pick.

#Chargers are looking at making the most-anticipated No. 3 pick in #NFLDraft history. No. One. Knows.

That's a bit over-the-top, but the point is the No. 3 overall pick remains a mystery.

Browns Trading Up?
This is not the first time we've heard this, but the Browns are indeed looking to move back into the first round.

The #Browns have spoken with teams about moving back in the 1st round… and moving up into the 1st round from the 2nd. For a QB?

The Browns, thanks to a move down, have the ammunition to make a move back up.

The Cowboys are deciding between the top running back and cornerback in this year's class:

The #Cowboys are working scenarios, but they sound like they are debating: #OSU RB Zeke Elliott vs. #FSU CB Jalen Ramsey.

This seems like a case of Jerry Jones wanting Elliott and the rest of the decision makers wanting Ramsey. The latter fills the bigger need is generally viewed as being higher on most team's boards. The last time Jones pushed hard for an offensive player, it was Johnny Manziel.