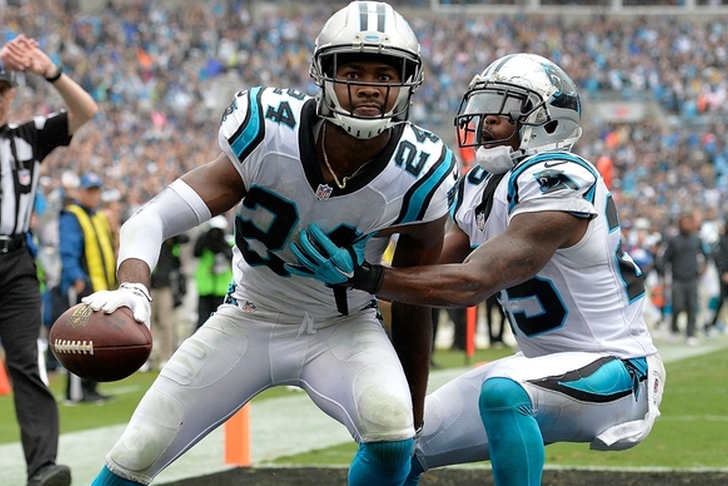 Defense doesn't get as much love in the NFL as offense does, because offense sells tickets. However, defense wins championships and is often overlooked. We've already covered the offensive MVP award, so it's time for the defensive side to get some love. There are several talented and worthy defenders that just missed out, but we've narrowed it down to the top five contenders. With that in mind, here is the NFL Defensive MVP: Mid-Season Power Rankings:

The versatile linebacker has done a little bit of everything for Carolina this season. He's recorded 65 tackles, three sacks, four passes defended, three picks and a fumble recovery. He's 15th in the NFL in tackles and seventh in picks. Davis hasn't dominated in one area like a pass rusher or corner would, but his overall play merits a spot.

Perhaps Talib's chances took a hit after being suspended one game for poking Dwayne Allen in the eye. Even so, Talib has played great this year. He's broken up eight passes and recorded 20 tackles. What earns him an appearance is that he's picked off three passes and taken two of them back to the house for scores.

Watt isn't destroying defenses like he did last season, but he's still putting together a solid season. He's racked up 40 tackles this season, among the leaders for defensive lineman. He's tied for second in the NFL with 8.5 sacks. He's also broken up five passes, a testament to his ability to swat throws at the line of scrimmage. Watt won't be in the running for MVP like he was last year, but he should be a contender for defensive MVP.

Woodson does not look like a 39-year-old. He's in the midst of a great season, which looks even better given his age. He's tied for the NFL lead with five interceptions. He's also broken up eight passes and recorded 41 tackles. Woodson is doing things a 39-year-old shouldn't be able to do. There's a real argument Woodson should be No. 1, but I prefer another defensive back.

Norman has been a turnover machine and lockdown corner this season. He's picked off four passes, forced a fumble and recovered one. Norman has also scored twice, broken up 13 passes and recorded 31 tackles. Teams have stopped throwing at him, a testament to his ability as a corner. He's the best defensive player in the NFL and should be the favorite for the defensive MVP award.