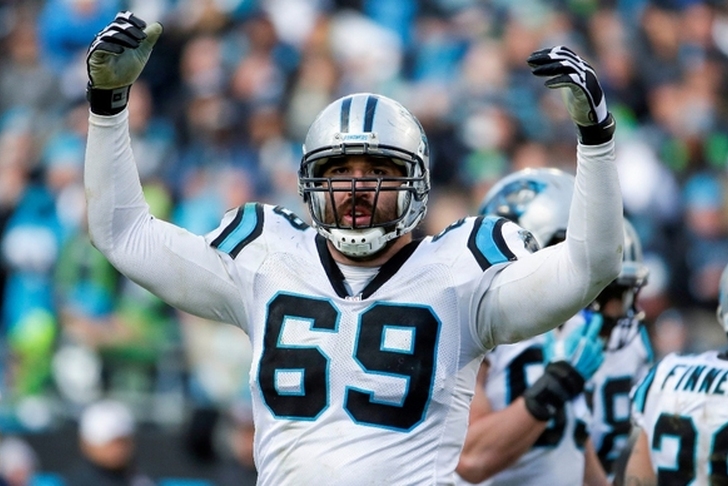 The NFL Playoffs advance to the conference championship games this weekend with the Denver Broncos hosting the New England Patriots in the AFC and Carolina Panthers hosting the Arizona Cardinals in the NFC. However, as is often the case in the NFL, every team is banged up and dealing with numerous injuries this late in the season. Here's how the Panthers and Broncos advanced on Sunday:

Panthers hold on to beat Seahawks 31-24
This game looked like it was on pace to be a total blowout as Carolina forced two turnovers and used a dominant rushing attack to take a 31-0 lead over Seattle halfway through the second quarter. However, the script was totall different in the second half as Seattle scored two touchdowns on their first two drives. They added 10 more points in the fourth, but they simply put themselves in too big of a hole. Carolina recovered an onside kick late to preserve the victory.

Broncos come back to beat Steelers 23-16
Denver's offense sputtered for most of the game, allowing the Steelers to take a 13-9 lead early in third quarter, but the Broncos took a 20-13 lead as running back C.J. Anderson scored the team's first touchdown in their last 27 postseason possessions following a fumble by Steelers running back Fitzgerald Toussaint. Pittsburgh was never able to recover from that point on.

With two bids to the Super Bowl on the line this weekend, let's check out the latest NFL news and rumors below.
Panthers defensive end Jared Allen suffered a foot injury that is expected to require season-ending surgery, reports Jonathan Jones of the Charlotte Observer.

Panthers tight end Greg Olsen also suffered a shoulder injury against the Seattle Seahawks, but said he is "fine" and will play next weekend against the Cardinals, reports Joe Person of the Charlotte Observer.

Patriots defensive end Chandler Jones (abdomen, toe) and linebackers Jamie Collins (back) and Jerod Mayo (shoulder) all left Saturday's win over the Chiefs in the second half with injuries and are listed as questionable to play Sunday, reports ESPN's Scott T. Miller.

Green Bay Packers wide receiver Randall Cobb suffered a bruised lung in the first quarter of their loss to the Cardinals and was coughing up blood on the sidelines, reports Miller. Cobb tweeted on Sunday that he was discharged from the hospital.

Packers linebacker Clay Matthews said the NFL should go to college football overtime rules, reports Tom Pelissero of USA Today. The Packers lost to the Cardinals in overtime without ever possessing the ball in the extra period.

Cleveland Browns head coach Hue Jackson told Bleacher Report Radio that the Browns need "to go get" a quarterback with the No. 2 pick in the NFL Draft.