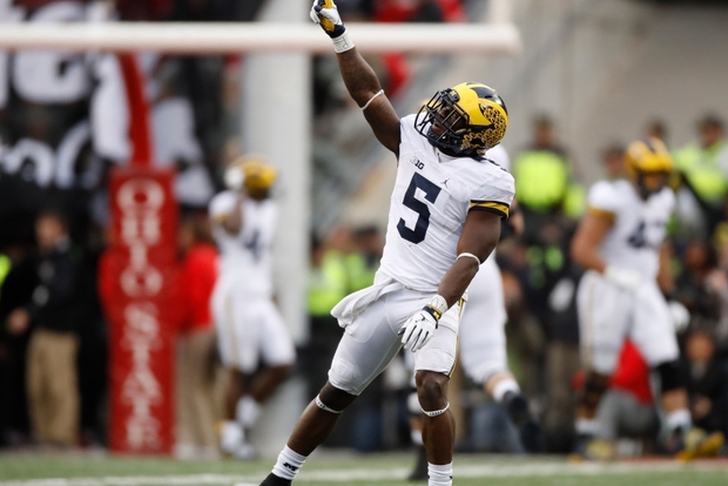 The 2017 NFL Draft Combine is reaching its conclusion with the last day being tomorrow, Monday, March 6. Today featured defensive linemen and linebackers going through on-field drills and workouts, but that wasn't the only source of news. Here's all the latest news and rumors you need to know.

Tim Williams admitted to failed drug tests at Alabama
Alabama outside linebacker Tim Williams is a top 10 talent, but any mock drafts have him going at the end of the first round or at some point in the second round due to off-field issues. Williams owned up to those issues at the combine, admitted to failing drug tests during his time with the Crimson Tide.

"(I'm a) young player making decisions that I grew from," Williams said. "That's what life is about -- being a man on and off the field, owning up to your mistakes. Everyone makes them. I'm not here dancing around and joking. I know I'm here with something to prove. I'm obviously behind the eight-ball, so I'm here to prove not only to myself but to every organization that if they get me, they're going to get the best player here.

"I'm going in and being completely honest. This is a billion-dollar industry. They've got all their homework and they know everything about you. You can't go in there and just be dishonest, because a first impression is a last impression. ... So far they've respected me for that."

Williams did not say what he tested positive for or how many drug tests he failed. He was also arrested on a gun charge in September. Last year, Williams racked up 31 tackles - including 16 tackles for loss - with nine sacks and two forced fumbles.

Myles Garrett (@MyIesGarrett15) wowed everyone at the #NFLCombine by running a 4.64 40-yard dash! pic.twitter.com/CoYe4B4a4z

Garrett also said that it's his goal to the be top pick in the draft, even if it is to the Cleveland Browns. He posted a video last month asking the Dallas Cowboys to trade up to draft him with the No. 1 selection.

“It [would show] I’m the top dog, at least from the beginning,” Garrett said. “But once I’m in the NFL I can’t hang my hat on that. I’ve got to keep on rising.”

Jabrill Peppers says he's a safety
Michigan's Jabrill Peppers has been one of the biggest question marks at the combine. He has the body of a safety (5-foot-11, 211 lbs.), but played linebacker in college, raising questions about what position he will play in the league. For Peppers, it isn't a question - he's a safety.

“What do I look like?” Peppers said, via the Detroit Free Press. “I’m a safety. I control the controllables and I’m pretty much effective wherever I’m going to be put. I don’t have a lot of tape at safety but I’m a pretty damn good safety. There’s a lot of unknowns and I don’t know what all of those things are. But the bottom line is, I’m a ballplayer and I’m a hell of a ballplayer. I intend to run fast, I intend to look smooth doing whatever it is that I’m asked to do.”

Peppers racked up 66 tackles with 13 tackles for loss, three sacks and one interception last season.

The Patriots offered the No. 32 overall pick as part of their package, but that wasn't enough for 23-year-old Cooks, per both sources.

The proposed package would include the Saints sending back a draft pick. If the Saints receive a first-round pick high enough, sources said, they would be willing to send back a mid-round pick.

Other teams involved have tried to acquire Cooks for a second-round pick.