NFL Coaching Rumors Roundup: What You Need To Know After 1 Week Of The Coaching Carousel 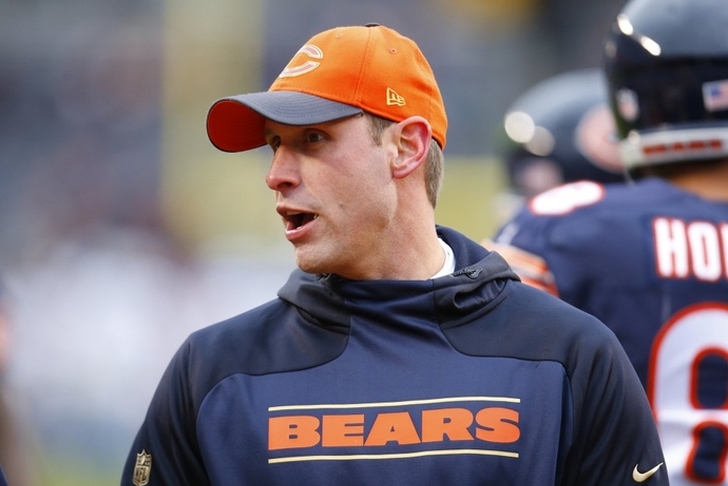 The NFL landscape is buzzing with rumors and interviews as several teams search for a new head coach - and one team has already found a new head man. Here's the latest from the coaching craziness around the NFL:

Dolphins hire Adam Gase
The Miami Dolphins were the first team to get a new coach, announcing Saturday that they hired Chicago Bears offensive coordinator Adam Gase to a five-year deal. Gase is now the youngest head coach in the NFL at just 37 years old.

Gase was a popular candidate this offseason for a head coaching job and had interviews with several teams. The Eagles, Browns and Giants all interviewed Gase.

Despite his age and lack of head coaching experience, Gase was the hottest candidate this offseason. He helped improve the Bears' offense this season despite the team battling injuries throughout the year. He did wonders as the Broncos' offensive coordinator from 2013-14. Gase will be expected to get the most out of the Dolphins and QB Ryan Tannehill.

Chargers Extend McCoy
Chargers head coach Mike McCoy was on the hot seat this season, but managed to keep his job - and is getting an extension.

The extension prevents McCoy from being a potential lame-duck coach next season.

Kelly the favorite to land the 49ers job
The 49ers wanted Sean Payton, but he's staying in New Orleans. The 49ers are still searching and Chip Kelly is top target.

Kelly could be the perfect coach for Colin Kaepernick, but Blaine Gabbert would also fit well. DeFilippo is an intriguing name as he's just 37 years old and is in his first year as an OC. If it's an informational meeting, it might be that San Francisco considers DeFilippo to be a possible coordinator candidate.

ESPN's Jon Gruden getting, showing interest in coaching jobs
The Tampa Bay Buccaneers surprisingly fired head coach Lovie Smith earlier this week, and many expect them promote offensive coordinator Dirk Koetter to head coach. However, ESPN's Dan Le Batard reports the Bucs are going to "swing big" in their head coaching search and are targeting Chip Kelly and Jon Gruden. Kelly wants to remain in the NFL, while Gruden hasn't coached since 2008 - though his last job was with Tampa Bay.

Gruden has said in the past that he'd be interested in returning to the NFL if "the right opportunity" came along, and the Philadelphia Daily News reported Jon Gruden had interest in the Eagles' job. However, Howard Eskin says there's no interest, as does Jason La Canfora.

This Jon Gruden interest in the Eagles stuff is ridiculous. Not happening and not discussed

Coughlin to interview with Eagles
The New York Giants parted ways with head coach Tom Coughlin on Monday, and while some thought he would retire, it appears he could end up with another NFC East team. According to FOX Sports' Mike Garafolo, Coughlin will interview with the Philadelphia Eagles on Monday.

Caldwell next to be fired?
Detroit Lions head coach Jim Caldwell seemed to save his job with a good 6-2 finish to the season, but that may not be the case. The Lions hired Bob Quinn to be their new general manager, and NFL Network's Ian Rapoport reports that Quinn is expected to make a destion on Caldwell's future soon. Rapoport says Caldwell "is not safe."