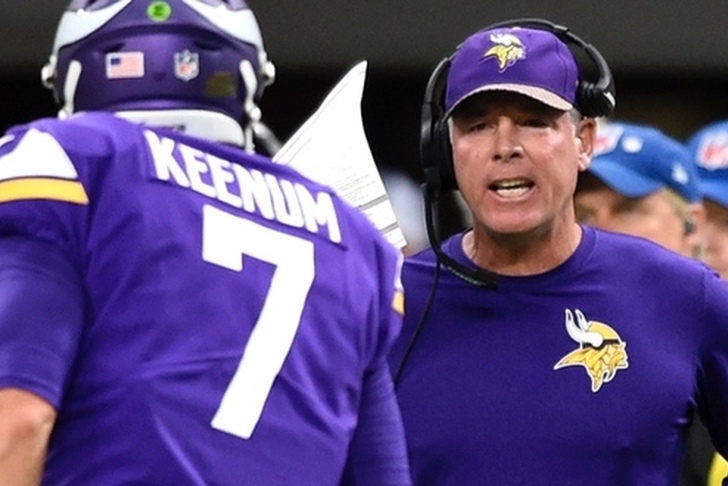 We are almost two weeks into the new year and there are still four NFL teams without a head coach. The Colts, Giants, Lions, and Cardinals are still searching, but one team has a candidate emerging as the favorite. The NFL coaching rumors are coming in hot right now, one team possibly found their next head coach, another nearing a deal, and one still in the interview process. Here are the latest NFL coaching rumors and news you need to know:

Is Pat Shurmur The Next HC Of Arizona?
Minnesota Vikings offensive coordinator Pat Shurmur has emerged as the favorite for the Cardinals head coaching job, according to ABC Arizona 15.

The Vikings have been one of the surprise teams this season with a 13-3 record and are preparing for their first playoff game against the Saints. The offense lost two quarterbacks, Teddy Bridgewater last season due to a horrific leg injury and Sam Bradford this season. Not many offensive coordinators would be able to lose two quarterbacks and still be successful. Shurmur was the head coach of the Browns from 2011 to 2012 where things didn't go well, but he has rehabbed his image in stints with Philadelphia and Minnesota.

There are rumors that Shurmur wouldn't be coming alone either, he resonated quarterback Case Keenum's career this season and may bring his quarterback along with him. The Cardinals just lost quarterback Carson Palmer to retirement so the move for Keenum and Shurmur to Arizona would make a lot of sense.

Norv Turner Nearing Deal With Carolina
ESPN's David Newton reports, the Carolina Panthers are nearing a deal to hire Norv Turner as their offensive coordinator. Carolina's head coach Ron Rivera worked with Turner before, serving as his linebackers coach and defensive coordinator with the Chargers from 2007-2010.

Despite Turner's offensive success and relationships with Rivera's staff, he has never coached a dual-threat quarterback like Cam Newton. This move might not be the match made in heaven both sides believe.

Matt Rhule Interviews With The Colts
The Baylor Bears head coach Matt Rhule interviewed for the head coaching position for the Colts earlier in the week, according to ESPN's Adam Rittenberg. In his first season as head coach of the Bears, he finished with a 1-11 record. Before Baylor, Rhule coached at Temple for four seasons and received high praise for his success there.

Rhule's only NFL experience to this point was when he was the offensive line coach for the New York Giants in 2012.