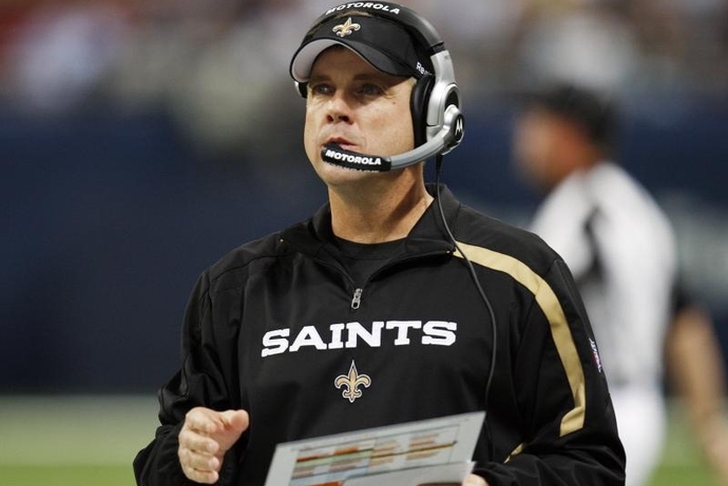 One day removed from an intriguing Black Monday, the NFL landscape continues to change as news of interviews, hirings and firings dominate the headlines. Here's the latest from the coaching craziness surrounding the league.

Colts Fire Defensive Coordinator
The Indianapolis Colts didn't fire head coach Chuck Pagano as many experts expected. In fact, they gave him a four-year contract extension on Monday -- dispelling release rumors that dogged him in the media for months.

However, somebody had to take the fall for the Colts' stumble to an 8-8 record this year, and that guy is defensive coordinator Greg Manusky. Via Ian Rapoport of NFL Media:

Manusky was brought by Chuck Pagano on the head coach's initial Colts coaching staff in 2012. He's served as the team's DC for all four of those seasons, following previous stints in the same capacity with the San Francisco 49ers (2007-10) and San Diego Chargers (2011).

The Colts' defense regressed in a major way under Manusky in 2015, dropping from #11 in total defense last season to #26 this season.

New Orleans Or San Francisco For Payton?
NFL.com's Ian Rapoport says that there's only two teams in the running for Sean Payton at this point -- the home-standing New Orleans Saints and the San Francisco 49ers. The Saints are fielding trade offers for Payton, but it appears they're also willing to stand pat and have Payton lead an organizational rebuild.

However, the 49ers are in the market for a marquee name and they seem to be the most logical suitor when it comes to giving up a high draft pick for Payton.

Shanahan Meeting With 49ers
Mike Shanahan has already expressed interest in returning to coaching with the 49ers, and he'll be getting an interview tomorrow.

Mike Shanahan will be meeting tomorrow with 49ers per sources

Shanahan hasn't coached since 2013 with the Redskins. He's also interview for the Dolphins job this offseason.

Browns Seeking Interview With Hue Jackson
The Cleveland Browns aren't wasting any time putting together a wishlist of head coaching candidates in the wake of firing Mike Pettine, and the next coach on their list is Cincinnati Bengals offensive coordinator Hue Jackson.

The Browns have requested an interview with Jackson, per ESPN's Adam Schefter. The Miami Dolphins and San Francisco 49ers are also "in" on the 15-season NFL assistant/coach. Jackson was the head coach of the Oakland Raiders back in 2011.

McDermott Angling For Eagles Job?
Carolina Panthers defensive coordinator Sean McDermott spent the first decade-plus of his NFL coach career with the Philadelphia Eagles, and he could be looking to return to the team as their head coach after leading the Panthers to four top-ten total defense finishes in a row.

"I love the Philadelphia area, and quite honestly, it’s been tough to watch the last several years having grown up in the area and worked there for 12 years,” McDermott said on Philly's 97.5 The Fan on Tuesday, adding that he has respect for the Eagles’ fan base for being genuine and that the team’s practice facilities are top notch.

McDermott is open for interviews this week with Carolina having a first-round bye in the NFC Playoffs.

Mara also added that he wouldn't rule out trading a draft pick for a head coach, according to Josh Alper of Pro Football Talk. That leaves a potential trade for New Orleans Saints HC Sean Payton on the table.

Tom Coughlin's Future
After resigning from the Giants following a 12-year stint with the team, former head coach Tom Coughlin says that he's "not necessarily" done with coaching. Coughlin remained noncommital while talking to reporters, joking that his wife would want him out of the house within 48 hours.

Despite rumors that Alabama Crimson Tide head coach Nick Saban would be interested in the team's head coaching job, the team didn't contact Saban or his representation before extending Pagano's contract, per Mike Florio of Pro Football Talk.

Teams Confused Over Titans And Mularkey
The Titans are reportedly leaning toward making interim head coach Mike Mularkey the permanent head coach. That's surprising, given Mularkey's 18-39 career record as a head coach. The Titans were just 2-7 under Mularkey. The interest in Mularkey has other NFL teams confused.

Pro Football Talk reports that one source says it says a message that “We’re for sale, or we don’t care.” The Titans are an intriguing destination, with a young franchise QB and the first overall draft pick this year. Surely, the Titans could do better than Mularkey.