NFL Coaching Rumors Roundup - The Latest On All 5 Openings 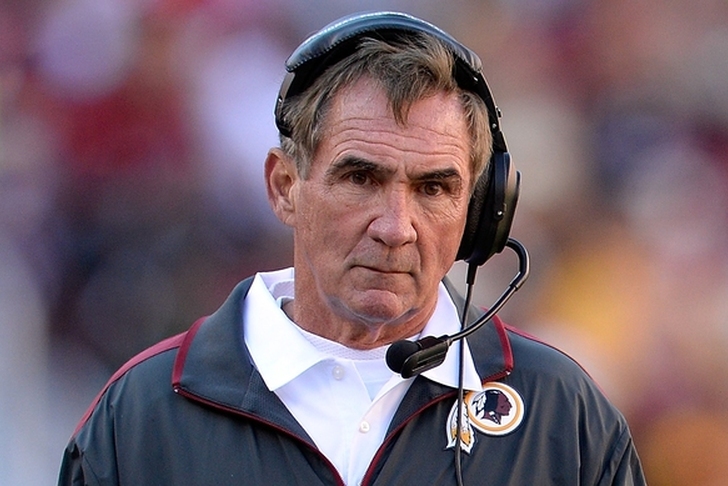 The NFL landscape is buzzing with rumors and interviews, as several teams search for a new head coach. The Dolphins are no longer the only team to hire their new head coach. The Cleveland Browns hired Hue Jackson earlier Wednesday. Here's the latest from the coaching craziness around the NFL.

49ers Close To Making A Hiring?
The 49ers seemed like the favorites to land Jackson only a few days ago, but pulled themselves out of the running. With Jackson completely off the board, the team might be close to making a hire.

Mike Shanahan strongly back in the mix with the 49ers. Looks like they are closing in on a decision per sources. #49ers

This doesn't mean Shanahan is the favorite, only that the 49ers are close. Other possible candidates include Tom Coughlin and Chip Kelly.

Giants Getting Closer As Well?
The Giants are searching for a replacement for Tom Coughlin and they are now zeroing in on a few candidates.

As the #Giants zero in on candidates, word spread at the @NFL Meetings how much they liked Mike Smith. Similar feelings for Doug Marrone.

Marrone was previously a head coaching for Buffalo Bills, but quit that job at the end of last season. The Falcons fired Smith after last year. Marrone coached with the Jaguars last season, while Smith took the year off.

Eagles Have A Front-Runner?
The Eagles are searching for a new head coach and ESPN's Adam Schefter says there might be a front-runner.

"I never said that [Chiefs offensive coordinator Doug] Pederson was a front-runner," Schefter said on 97.5 The Fanatic Morning Show. "I don’t know that he’s the front-runner. I do know that square in contention for that job. I know they really like him. In my mind, my sense — and these are just senses — is that [Giants offensive coordinator] Ben McAdoo is the front-runner. But I don’t know that to be right. I think Pederson and McAdoo are square in the conversation."

The Eagles are reportedly done interviewing, which means they should be close to making a hire.

Titans To Interview Two?
The Titans are finally starting to make progress in their coaching search.

Doug Marrone's Interview with the #Titans is expected to take place on Thursday, source said.

Before this, only interim head coach Mike Mularkey had been linked to an interview.