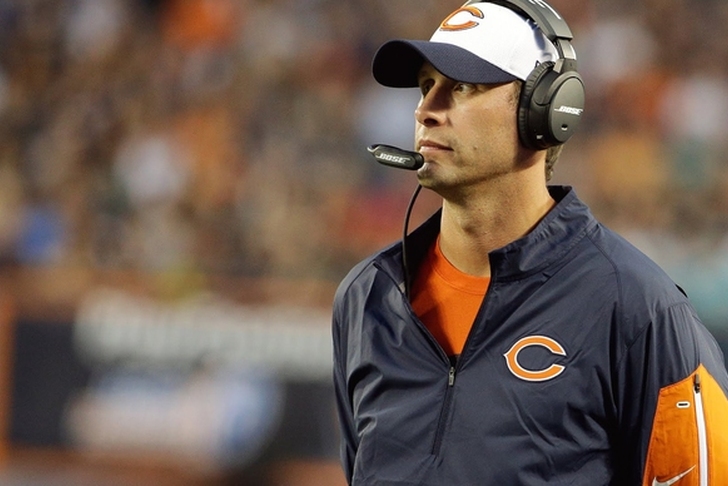 The NFL regular season is nearly over, which means Black Monday is rapidly approaching. Three teams, the Titans, Eagles and Dolphins, have already fired their head coach and they likely aren't the last ones to do so. The rumor mill will be churning around several teams and coaches and we're here to detail the five most intriguing rumors. With that in mind, here's our NFL Coaching Rumors Roundup for Jan. 2nd:

Mike McCoy A Goner?
The San Diego Chargers have had a disappointing season this year and it might end up costing McCoy his job.

Speaking with multiple folks around NFL, sounds like Mike McCoy is coaching his final game for @Chargers. We'll see. @NFLonFOX

After two straight 9-7 seasons, the Chargers were hoping for a playoff berth. Injuries haven't helped the Chargers, but a 4-11 record was not expected this season.

However, a report from the San Diego Union-Tribune says McCoy won't be fired.

Mike Holmgren Wants The 49ers Job
This rumor is a little old, but it seemed to get lost amid the holiday festivities and didn't get much traction.

Coaching carousel wild card: Per source, Mike Holmgren has, for the second time in as many years, expressed interest in the 49ers HC job.

Holmgren wanted the 49ers job last season, but the team wanted to go with a younger coach. Hiring Holmgren would be admitting the team missed on hiring Jim Tomsula, although there's surely a segment, and possibly a large one, of 49ers fans who would much prefer Holmgren as head coach.

Eagles Interviewed Duce Staley
Staley is the former Eagles RB and current running backs coach. The team just fired Chip Kelly Tuesday and the team is clearly moving quickly to interview head coaches. Interviewing Staley satisfies the NFL's requirement for the Rooney Rule, although ESPN reports that's not why Staley received an interview. Staley is a favorite of both Eagles fans and owner Jeffrey Lurie. However, it'd be surprising if Staley gets the job. At just 40, he has limited coaching experience.