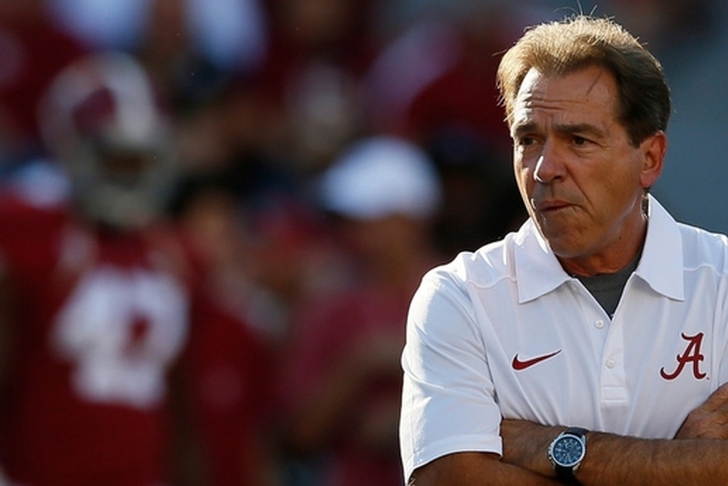 The NFL landscape is buzzing with rumors and interviews, as several teams search for a new head coach. The Miami Dolphins remain the only team to hire their new head coach, as they landed Adam Gase Saturday. Here's the latest from the coaching craziness around the NFL.

Browns remain very focused on Hue Jackson in their head coaching search. Would not be surprised at all if they made a formal offer today

The 49ers and Giants are also rumored to be heavily pursing Jackson. Even if he doesn't end up in Cleveland, it looks like Jackson will be a head coach somewhere next season.

Bucs to pursue Nick Saban?
Fresh off his fifth national championship (one at LSU, four a Alabama), Nick Saban is expected to be contacted by the Tampa Bay Buccaneers about their head coaching vacancy, reports NFL Network's Ian Rapoport.

Saban's only head coaching stint in the NFL was with the Miam Dolphins from 2005-2006, posting a 15-17 record over his two seasons at the helm.

Koetter to be Bucs head coach by Wednesday?
Tampa Bay offensive coordinator Dirk Koetter was the leading candidate to take over the Bucs job as soon as Smith was fired, and he's expected to get the job very, very soon. As ESPN's Mark Dominik told Zig Fracassi on Sirius XM NFL radio, Koetter should have the job by Wednesday - assuming Saban doesn't have any interest in the job:

Mularkey still the favorite for the Titans job
The Titans still plan to interview several candidates, but still haven't scheduled any interviews with anyone other than interim head coach Mike Mularkey. That signals that Mularkey is the frontrunner to get the permanent job, reports Terry McCormick.

Dan Campbell won't be back with Dolphins
Unsurprisingly, Dan Campbell will not return to the Dolphins' staff under new head coach Adam Gase, reports Rapoport.

Campbell took over as interim head coach for the Dolphins early this season and led them to a 5-7 record over their last 12 games.