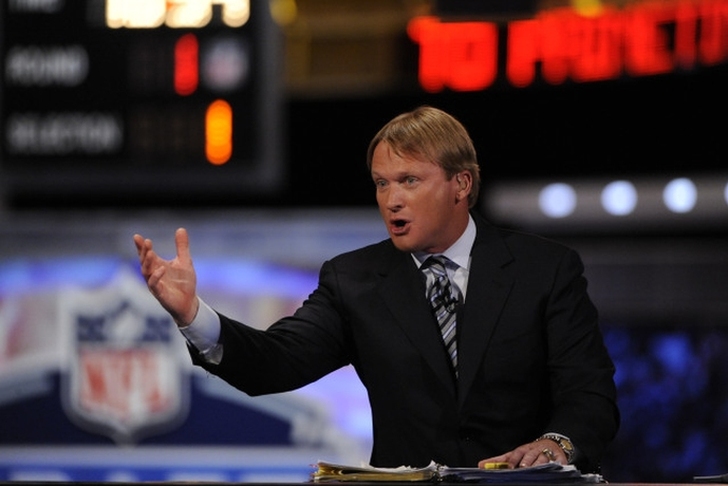 Now that the dust has settled after the final Sunday of the NFL regular season and Black Monday, five head coaches have been fired - with a sixth opening coming from Gary Kubiak's decision to retire in Denver. As the coaching carousel begins, here are all the latest news & rumors you need to know:

Gruden will listen to Rams' pitch
ESPN analyst and former NFL head coach Jon Gruden has been linked to several jobs since leaving coaching for television in 2008, but his interest was never serious. That may have changed this time around, however, as Sam Farmer of the Los Angeles Times reports that Gruden will listen to the Los Angeles Rams' pitch:

Those close to Gruden have indicated he would listen to a Rams pitch, however, and that he might be interested in a return to coaching after seven years as color analyst for ESPN’s “Monday Night Football.” He knows quarterbacks, turned around a dead-in-the-water Oakland Raiders franchise and won a Super Bowl in Tampa Bay at the end of the 2002 season (by beating his former Raiders team).

It’s worth noting that Gruden and Kevin Demoff, the Rams’ top executive, worked together with the Buccaneers.

Buffalo is Anthony's Lynn's "job to lose"
Lynn was promoted to offensive coordinator in Week 3 after the Bills fired Greg Roman, then was promoted again to interim head coach once Ryan was fired. Now, he seems in line to be promoted once again. According to Ian Rapoport of NFL Network, the job is Lynn's to lose:

Lynn already has the respect of the players, and several of the offensive guys - including LeSean McCoy - swear by him. Lynn is still largely unproven and this would a meteoric rise to head coach, but that connection with the locker room works in his favor.

Full list of 49ers candidates
San Francisco's list of head coaching candidates they're considering has emerged, according to Matt Maiocco of CSNBayArea:

The 49ers have requested permission to interview New England offensive coordinator Josh McDaniels for their head-coaching vacancy, according to multiple reports.

McDaniels is believed to be at the top of the 49ers’ wish list to fill the vacancy that was created with the firing of head coach Chip Kelly after the 49ers finished this season with a 2-14 record.

That would signal that Shanahan is at the top of Elway's list, and the two have a connection since Elway played for Kyle's dad, Mike Shanahan, and won two Super Bowls under him.