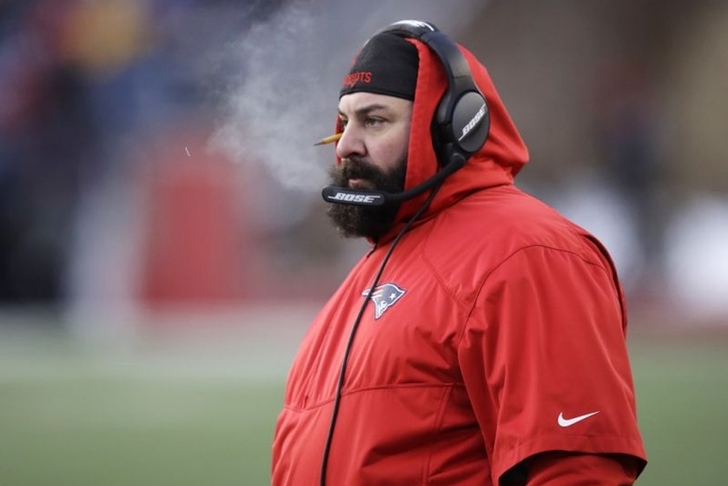 Matt Patricia Next Giants Head Coach?
New England Patriots defensive coordinator Matt Patricia interviewed with three teams last week and it appears he will be moving on when the Patriots season is over.

TheMMQB.com's Peter King reports the Lions have interest in Patricia, but Patricia “favors” the Giants head coaching job. According to Pat Leonard of the New York Daily News,  “all signs” point to Patricia being the Giants’ next head coach.

The former rocket scientist has done a little bit of everything since joining the Patriots in 2004. The 43-year-old served as an offensive assistant, offensive line coach, a linebackers coach, a safeties coach and took over as the defensive coordinator in 2012.

Whisenhunt's offense finished fourth in total yards, first in passing, and 24th in rushing offense. Quarterback Philip Rivers threw only 10 interceptions and was sacked a career-low 18 times.In his first season after being fired as head coach of the Jacksonville Jaguars, Bradley's Chargers defense finished 15th in total defense, third against the pass, and 31st against the run.

Whoever the next OC is will get MVP candidate quarterback Russell Wilson, but not much else to work with. Seattle has one of the worst offensive lines in the NFL, no running game, and tight end Jimmy Graham is a free agent.